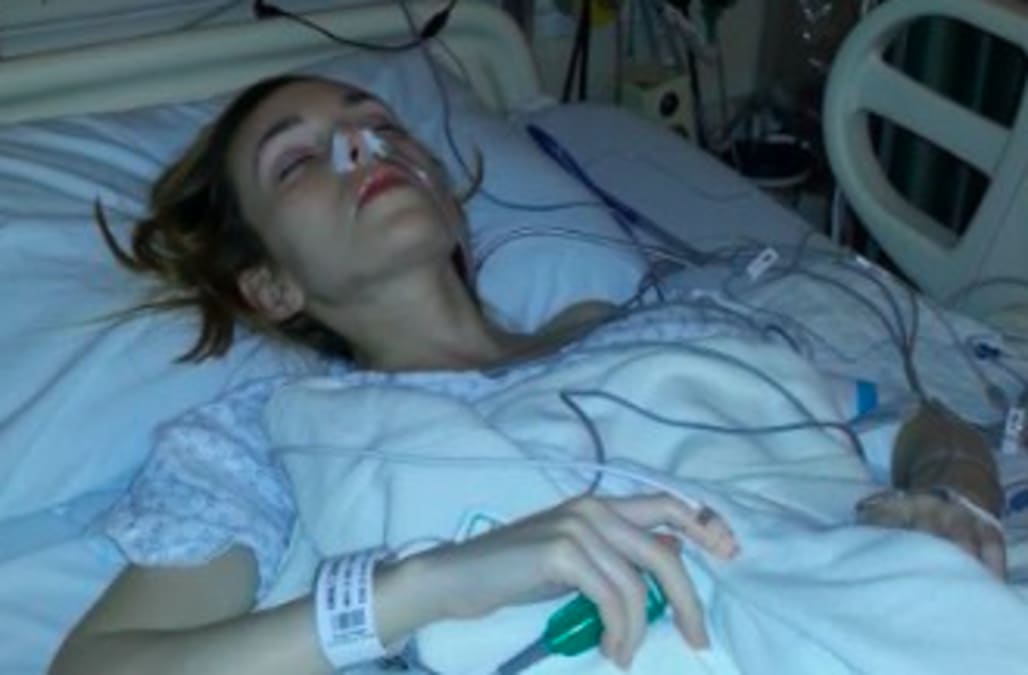 A 37-year-old woman who spent decades of her life suffering in pain with no diagnosis or cure finally discovered that her own home had been causing her illness.

Dana Anhalt spent years ravaged by "excruciating joint pain," her father claimed. "Every system of her body rapidly broke down and her symptom list stretched over 4 single-spaced pages."

She consistently suffered from sinus infections, strep throat, meningitis and migraines since the age of 16, her father wrote.

Dana Anhalt
GoFundMe
GoFundMe
Up Next

But it was only recently when doctors able to solve the puzzle to Anhalt's health after her family noticed a strange smell coming from their basement floor, a smell they came to realize had been making her ill -- black mold.

Experts soon discovered Anhalt's pain and exponential inflammation were due to several genetic defects that prevented her immune system from recognizing the foreign mold substances.

As an NBC News affiliate reports, Anhalt told Cater News, "The genetic testing was difficult to look at but it was also one of the most of vindicating things I've ever seen. Suddenly, decades of my experience made sense."

Anhalt's medical team advised her to move out of the apartment, leaving behind the majority of her possessions.

"We rushed to find a new apartment and we had to leave all of our belongings, everything I had collected over the years," Anhalt told Caters. "It was devastating."

Now, she's looking for help, opening up a GoFundMe page.

She hopes to use her experience to help others as an advocate for patients with complex medical problems.

"Of course, it has been tempting to give up at times," she said. "Not only do I persevere for the sake of my loved ones, but because I feel I truly have something to give back to the community."

Toxic chemicals found in everyday cleaning products
Up Next

Many homes contain mold, according to the Centers for Disease Control. But the most reported side effect is typically hay fever-like allergies. It is uncommon for people to develop severe health problems unless they have respiratory or immunological diseases, in which cases, they could experience more serious side effects, like lung infections.

"For the most part, one should take routine measures to prevent mold growth in the home," the CDC advises. This would include adopting ventilation practices in places that are prone to high humidity, such as the bathrooms and kitchens.

More from AOL.com:
Man found dead from apparent overdose with 2-year-old in car
Teenager calmly calls 911 after train severs his feet: 'I think it cut them off'
Father shares heartbreaking photos of daughter who hung herself due to bullying