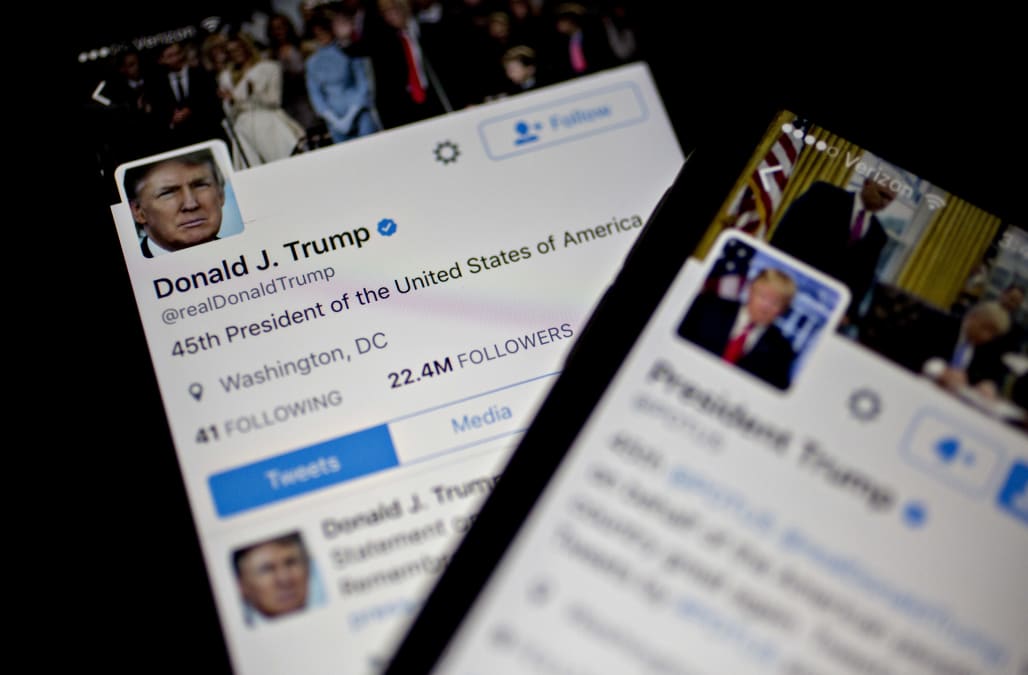 Donald Trump said on Wednesday that he owes his presidency to his favorite social media platform: Twitter.

"I think that maybe I wouldn't be here if it wasn't for Twitter because I get such a fake press, such a dishonest press," said Trump during a FOX News interview with Tucker Carlson that aired Wednesday night.

Trump said Twitter provides him with his "own form of media" where he can communicate directly with the American people without the media.

Carlson challenged Trump saying the president was receiving "great press all week" after his speech to Congress until he tweeted wiretapping allegations against former President Barack Obama. The president fired back saying if he doesn't tweet, his message gets misrepresented in the press.

"When I say things the press doesn't cover it accurately. If they are not going to do me the honor, the public the honor, of spreading my word accurately... I can reach, whether it's 90 million, 100 million, or 80 million--when I can reach that many people, Twitter is a wonderful thing for me because I get the word out."

The president has drawn both criticism and praise for his use of Twitter during the 2016 election and now as president. Recently, the president has come under significant fire for tweeted out wiretapping allegations without backing it up with any evidence.

Trump also revealed that his tweets sometimes go through a mediator, and that he often asks for advice before sharing a message online . The president even said that his staff asks him often to tweet about stories they feel is being misrepresented in the press.

"A lot of times my staff comes to me and says, 'could you do a tweet on this or that because it's not being shown correctly?'" said Trump.

"They'll come to me a lot," Trump continued. "I might not be here talking to you right now as president if I didn't have an honest way of getting the word out."

More from AOL.com:
Justin Trudeau hosts Ivanka Trump at outsider-themed Broadway show
Scarborough: Trump leaked own tax returns to 'distract from Russia hearings and the Trumpcare meltdown'
Trump: It's 'fake news' that a reporter just opened his mailbox and found my tax returns