The worst droughts in the history of the NCAA tournament 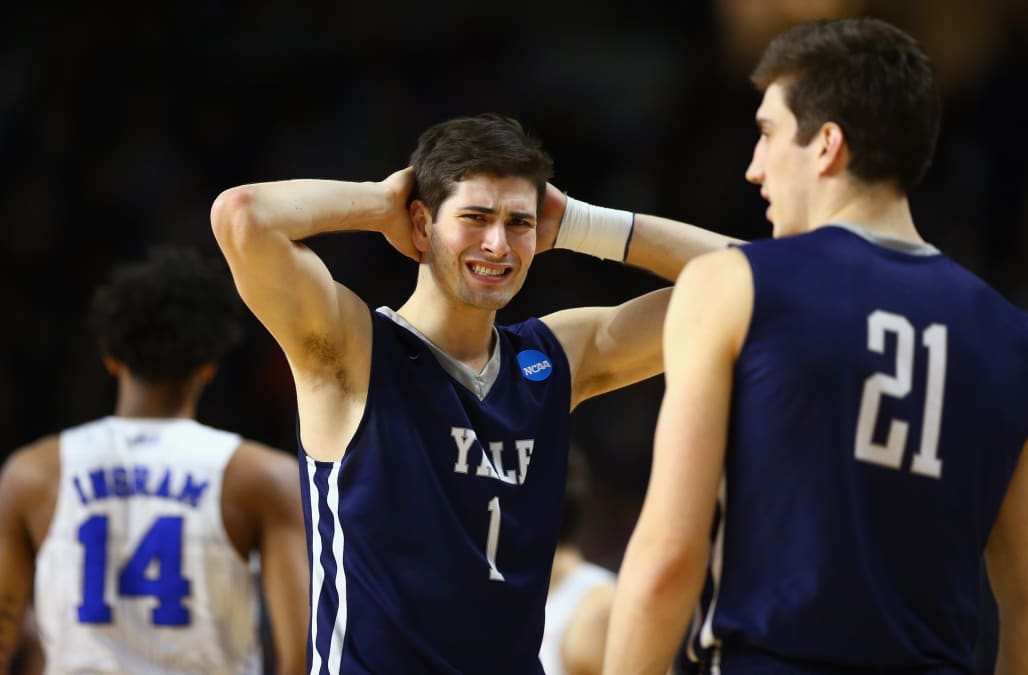 Ivy League universities seem to have it all. They each have a rich academic history, incredibly talented students, respected staff and faculty strong reputations. Their esteemed names are recognized worldwide, and for good reason.

Thankfully, there's one area in which the Ivy League falls short and we mere mortals can take some solace: March Madness.

Some argue the prestige of the Ivy League comes to a screeching halt when the NCAA tournament comes into play. It's not just that several of the schools have never won the championship, but they remain winless in the most painful of ways -- by not even making the tournament for decades at a time.

Think of the pain of the Chicago Cubs who, until last year, had not won a championship in 108 years. No team in March Madness has a streak quite that painful, since the competition itself is only 78 years old, but the iconic Ivies of Harvard, Dartmouth and Yale rank as the top three tournament droughts with some impressive -- or disappointing -- numbers.

The Yale Bulldogs' March Madness dry spell ended last year, after 54 years of not securing a spot in the bracket. Prior to 2016, their most recent appearance was in 1962, when they were unable to make it past the first round. Due in part to all of the years it missed, Yale has never brought home an NCAA championship.

Yale's archrival, the Harvard Crimson, can claim the title of longest tournament drought in history. TThe Crimson went 66 years, from 1946 to 2012, without an appearance in the NCAA Men's Basketball Tournament. The team lost to Ohio State in the first round in 1946, and were knocked out in the second round in 2012 by No. 5 seed Vanderbilt. They, too, have never won a championship.

Related: See the odds for each team that made it this year:

The longest current drought in the tournament belongs to Dartmouth, which has not secured a spot in the bracket for 58 years and counting. The Dartmouth Big Green last made an appearance in 1959 when they lost to West Virginia in the first round.

Dartmouth once made it to the championship round, in 1944, but lost in overtime to Utah.

But tournament droughts exist outside of the Ivies. The Tennessee Tech Golden Eagles also have a dry spell of 54 years -- and counting. The school's most recent appearance in the tournament came in 1963.

In total, 45 schools have either past or current droughts of at least 20 years.

There are also four Division I teams who have never made the tournament: Army, The Citadel, St. Francis Brooklyn and William & Mary.

Now that the Cubs have won a World Series, and given the insane comebacks we saw in the most recent NBA Finals and Super Bowl LI, it seems like anything can happen. Here's hoping some of these teams can sneak back into the NCAA tournament soon -- and hey, maybe even win it.