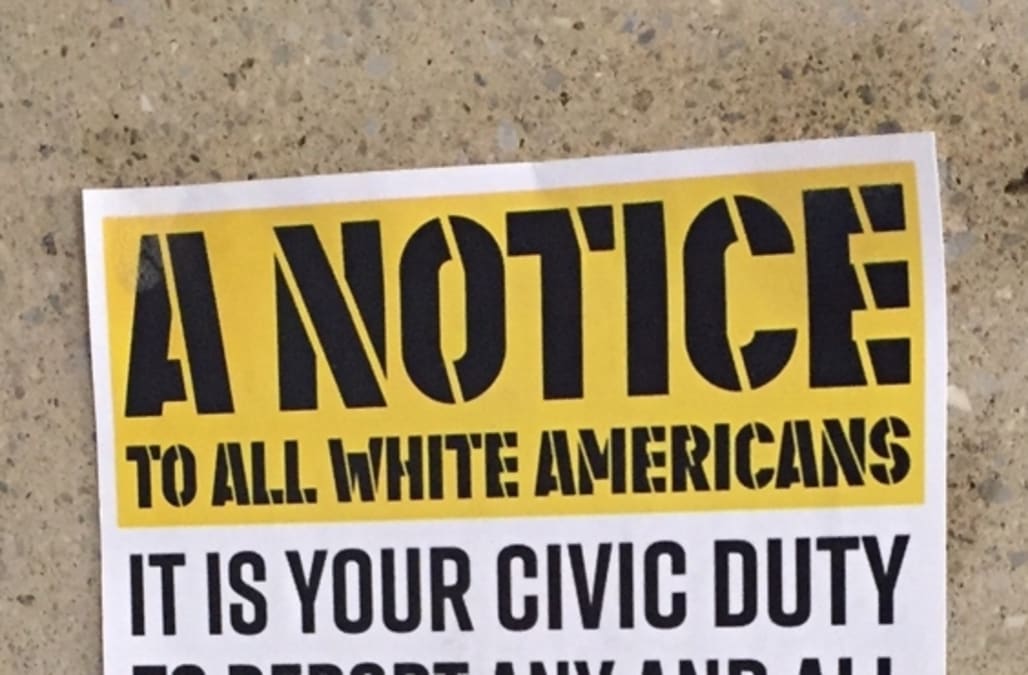 Several white nationalists posters have popped up on the University of Maryland campus. This is not the first instance in the academic year; in December, posters were found in three buildings.

The fliers, spotted in the chemistry building, said to "white Americans" that "it is your civic duty to report any and all illegal aliens to U.S. immigration and custom enforcement."

"They are criminals," the poster said. "America is a white nation." It then directs to the website of Vanguard America.

Another read "Carry the torch of your people."

Professor Osvaldo Gutierrez and his wife saw the fliers and immediately contacted another professor, Jeff Davis. Davis then contacted University Police and they were removed.

Gutierrez spoke with University of Maryland's independent paper, The Diamondback, about the incident. "You hear about this stuff on the news, but I never really imagined it happening here," he said. "It's really disturbing, and it's not something you want to see, especially as a person of color." Gutierrez is of Mexican descent.

Similar posters were discovered on the campus of George Washington University in Washington, D.C. this week. The Anti-Defamation League (ADL) reported last week that there has been a surge in white supremacist discourse on college campus this academic year.

The ADL has catalogued over 100 incidents of these and similar fliers since September. They cite Vanguard America, formerly American Vanguard, as an active white nationalist group. The organization reportedly began in 2016 and is responsible for the majority of these posters.