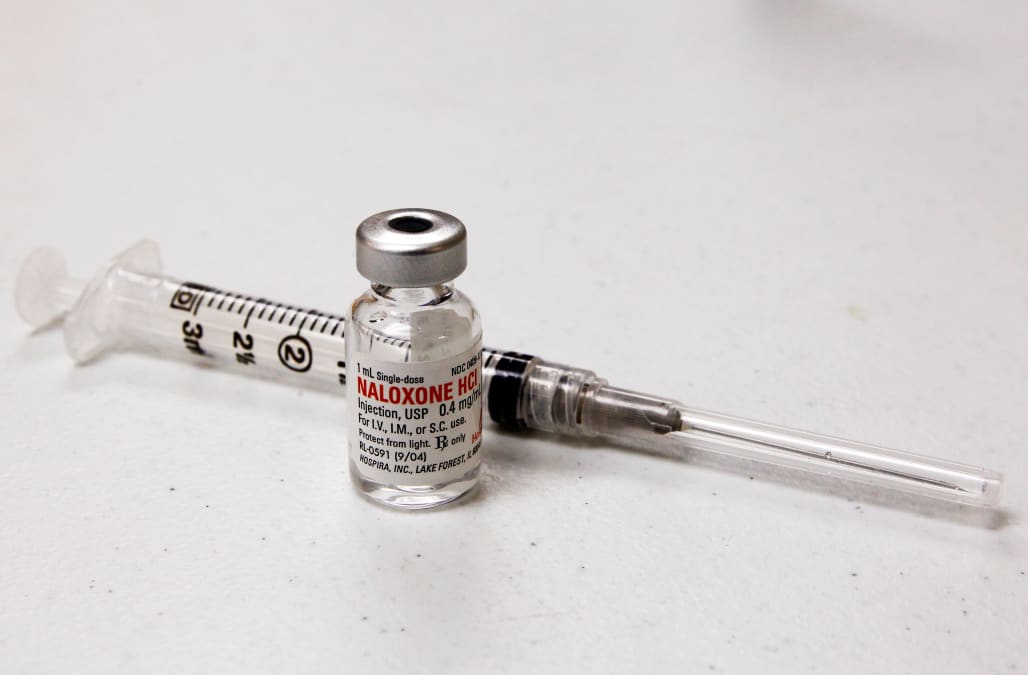 A coroner in Ohio over the weekend was forced to bring in a cold-storage trailer to accommodate an influx in overdose deaths — a problem that has plagued other counties in Ohio that have been hit particularly hard by the country's current heroin and opioid epidemic.

Nearly half of the bodies at the Stark County morgue this weekend were reportedly victims of drug overdoses. So far this year, the county has seen at least 90 overdose deaths, many of which were related to heroin or other opioids like fentanyl, a synthetic opioid that's about 100 times more powerful than morphine, and carfentanil, a powerful tranquilizer used on elephants and other large animals.

This is the fourth time in recent months when a coroner in an Ohio county ran out of room at the morgue — nearby counties of Ashtabula, Cuyahoga, and Summit also reportedly required additional cold-storage facilities to store bodies, many of which were of those killed by overdoses.

It's no secret that the U.S. is currently in the throes of a heroin epidemic — according to the Centers for Disease Control and Prevention, the number of overdose deaths from prescription opioids and heroin has quadrupled since 1999. Six out of 10 of all overdose deaths are the result of heroin and other opioids. In 2015, the agency found, opioid overdoses claimed the lives of 91 people per day — and Ohio is leading the country.

More people were killed by opioid overdoses in Ohio than any other state included in the study with 1,444 deaths. That's a nearly 20 percent increase from 2014, when there were 1,208 deaths in the Buckeye State. The state with the second most deaths in 2015 was New York with 1,058 followed by Illinois with 844.

One of the biggest problems with the opioid epidemic has been fentanyl and other fentanyl-class drugs like carfentanil — dealers will often mix fentanyl with heroin, which makes it much more powerful and much more deadly. Most of the illicit fentanyl in the U.S. comes from China, which on March 1 banned the production of certain fentanyl-class opioids, a move that could have rippling effects across continents and among scores of drug users.

"Fentanyl-related compounds represent a significant and deadly component of the current opioid crisis. These actions will undoubtedly save American lives and I would like to thank my Chinese counterparts for their actions on this important issue," Acting Drug Enforcement Administration Administrator Chuck Rosenberg said in a statement last month. "This announcement demonstrates the continued commitment on the part of both our countries to address this threat wherever possible."

As we previously reported, some users aren't as optimistic about China's ban.

"As much as I want to agree with the ban... this won't do anything other than create worse analogs," one user wrote on a Reddit forum about the ban. "If you understand the SARs [structure-activity relationship] of these opioids, you can keep creating new ultra-potent fentanyl derivatives."

Common warnings for over the counter painkiller use

NSAIDs such as ibuprofen can cause damage to the stomach lining, including the possibility of stomach ulcers.

Any blood thinner can come with excessive risks of bleeding and heart attacks.

Painkillers with acetaminophen can cause liver damage, and no painkiller should be taken with alcohol.

Kidney problems can arise in patients who generally already have risk factors for kidney failure.

NSAIDs pose a risk of miscarriage when used by women during the first 20 weeks.

NSAIDs may reduce the effectiveness of some antidepressants.