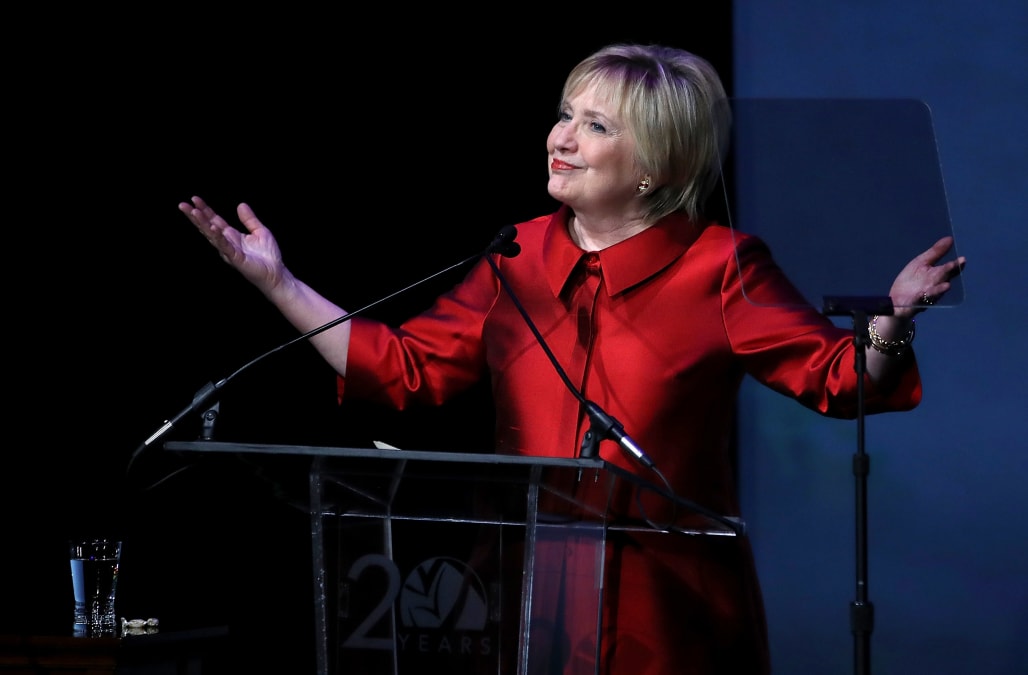 Just months after a crushing defeat in the presidential election and Hillary Clinton is reportedly considering jumping back into politics and running for New York City mayor, according to TMZ.

The new report says the former Democratic presidential nominee has not ruled out a mayoral run and her team is currently gauging interest.

According to the celebrity gossip website, a source who attended a gathering with "some politically connected people" in New York last month said Clinton is "talking to people in her close circle" about the prospects of another campaign.

Click through reactions to Clinton potentially running for mayor:

Reactions to a potential Hillary Clinton mayoral run
Voters know "that dog don't hunt": 58% of likely New York City voters don't want Hillary Clinton to run for mayor https://t.co/3GcGcwJ7q8
@JessieJaneDuff @DanSlezak2 She should run, because she is good at losing.
Mayor Hillary Clinton wouldn't let this happen. Please do not @ me. https://t.co/C8ARAa4zCF
Do you support if hillary clinton run for #mayor of New York City ?? #newyorkcity #Hillary #clinton
@POLLiticss @sofinique Absolutely not why would we more corruption than we already have!!
@thehill yea maybe 2089. https://t.co/9RTRJtzmX7
@thehill I hope not. i voted for her but she should retire from politics. time to move on.
Up Next

For months now the former secretary of state has been rumored as a possible candidate to challenge current New York City Mayor Bill De Blasio.

In late January the New York Post reported that Clinton was "50-50" regarding jumping into the race.

While a poll after the 2016 election did show Clinton leading De Blasio 49 percent to 30 percent, a recent survey in March revealed most New Yorkers don't want Clinton to jump into the race--with 58 percent of likely voters saying she should stay out. But it's unclear how quick Clinton will be to fully embrace polling following the 2016 presidential election.

New York City voters will cast ballots to choose the city's next mayor on November 7, 2017.