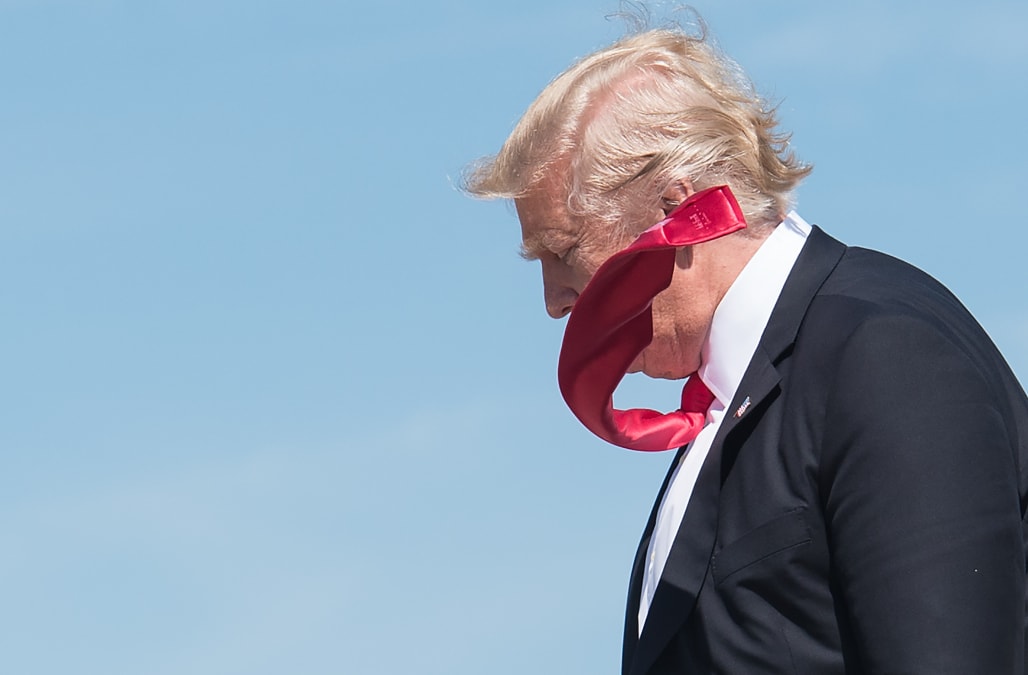 Following a week that saw both former President Barack Obama get accused of a "Watergate-like" scandal and Republicans introduce their Obamacare replacement plan, President Donald Trump's approval rating has returned to the depths of sub-50 percent.

According to the latest Gallup daily tracking poll, only 45 percent of Americans approve of the president's current job in office, his lowest rating in over a month.

RELATED: McCain: Trump should provide evidence of Obama wiretapping or retract the claim

The president's approval rating shot up to 53 percent in the wake of Trump's well received Congressional address, but his numbers declined after he accused former President Barack Obama of wiretapping Trump Tower and the release of the Republican's American Health Care Plan.

Trump's number aren't just low according to Gallup. The Rasmussen Presidential Tracking Poll, which tends lean more right-wing, now shows the president at his lowest point since taking office with a current approval rating of 48 percent.

To put that in perspective, on January 26th Rasmussen showed Trump with a 59 percent approval. That's a 11 point drop in just over one month.

While Trump's approval numbers are currently slipping, confidence in the 45th president of the United States is strong in certain areas. According to another Gallup survey, a majority of Americans, 53 percent, agree that the former reality TV star will bring prosperity to the United States.

However only 36 percent say Trump will protect the nation's environment, according to the same poll.

The president is set to send Congress a proposed budget this week.