Middlebury professor speaks out about mob that 'gave me a concussion' 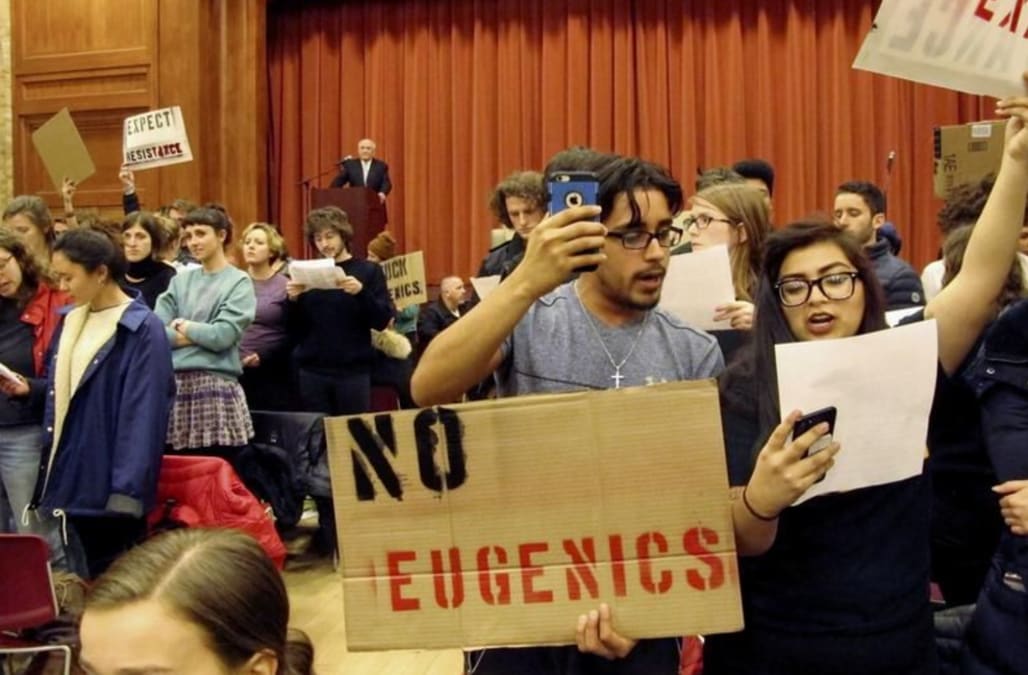 A Middlebury college professor is speaking out about the harrowing moments when she found herself caught in the middle of an angry mob of people who came to protest conservative sociologist Charles Murray's appearance on campus last week.

In a lengthy New York Times op-ed Monday, Allison Stanger, a professor of international politics and economics, said she was looking forward to a "free and fair exchange of views" when she invited Murray to speak, despite disagreeing with him. But she ended up spending a week recovering after she suffered a concussion caused by a mob of angry students.

"Most of the hatred was focused on Dr. Murray," Stanger wrote. "But when I took his right arm to shield him and to make sure we stayed together, the crowd turned on me. Someone pulled my hair, while others were shoving me. I feared for my life. Once we got into the car, protesters climbed on it, hitting the windows and rocking the vehicle whenever we stopped to avoid harming them. I am still wearing a neck brace, and spent a week in a dark room to recover from a concussion caused by the whiplash."

"Political life and discourse in the United States is at a boiling point, and nowhere is the reaction to that more heightened than on college campuses," Stanger said. "I know that many students felt they were standing up to protect marginalized people who have been demeaned or even threatened under the guise of free speech. But for us to engage with one another as fellow human beings — even on issues where we passionately disagree — we need reason, not just emotions."

Stranger says she hoped that Middlebury students would challenge Murray's arguments, which she called "flawed," but was "genuinely surprised and troubled to learn that some of my faculty colleagues had rendered judgment on Dr. Murray's work and character without ever having read anything he has written. It wasn't just students: Some professors protested his appearance as well."

Murray is best know for co-authoring "The Bell Curve," which partly argues there is a correlation between race and IQ. Critics have said it relied in part on research funded by the Pioneer Fund — a group whose founder was known to have racist views.

"Students were chanting, "Who is the enemy? White supremacy," and "Racist, sexist, anti-gay: Charles Murray, go away!" Stranger writes. "Others were yelling obscenities at Dr. Murray or one another. What alarmed me most, however, was what I saw in the eyes of the crowd. Those who wanted the event to take place made eye contact with me. Those intent on disrupting it steadfastly refused to do so. They couldn't look at me directly, because if they had, they would have seen another human being."

She added that Murray is part of the "never Trump" movement and supports same-sex marriage.

Stanger says the protest became so violent, they were forced to move the lecture to a different undisclosed location on campus and broadcast the event on lifestream instead. Activists who had figured out where they were banged on the windows and set off fire alarms. Both Stanger and Murray were charged by the mob as they exited the building.

"I am not saying that students shouldn't protest white nationalism," Stanger writes. "That it is immoral is not at issue. But there was a direct line between the fighting words on campus, the suppression of speech and the angry mob that gave me a concussion. All violence is a breakdown of communication."

Stanger ends her opinion article saying, "Our constitutional democracy will depend on whether Americans can relearn how to engage civilly with one another, something that is admittedly hard to do with a bullying president as a role model. But any other way forward would be antithetical to the very ideals of the university and of liberal democracy."

You can read the full article here.