'Trying to force a giraffe through a keyhole': An obscure Senate rule could kill the GOP's Obamacare replacement 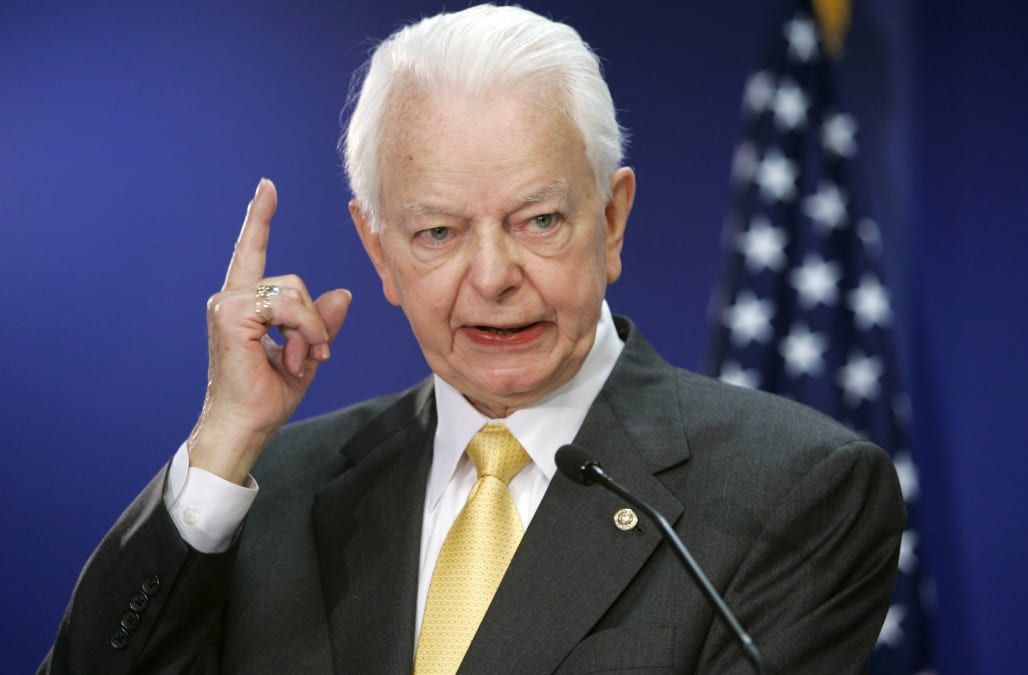 An obscure rule in the US Senate could cause the House GOP leadership's entire repeal-and-replace plan for the Affordable Care Act to collapse.

The Byrd Rule could stymie the American Health Care Act, the new bill introduced by the GOP in the House, as soon as it hits the floor of the Senate, according to lawmakers and analysts familiar with the rule.

Passed in 1985, the rule makes it so any bill going through the budget reconciliation process — like the AHCA — can be blocked on the grounds that it contains an "extraneous matter" or something "merely incidental" to the federal budget.

The issue: A central piece of the AHCA may not pass muster under the Byrd Rule.

The AHCA contains a provision that allows insurance companies to charge patients 30% more than their baseline premium if they do not maintain coverage during the previous year.

Put another way, if a person goes 63 consecutive days without health insurance, the next year the company can charge them more. For instance, if a person's premium would have been $200 a month, but they did not maintain coverage the year before, they could be charged $260 a month by the insurance company.

Since the money from the penalty goes to the insurance companies, the rule does not affect tax receipts for the federal government akin to the ACA's current individual mandate, in which the penalty is paid to the IRS.

The provision of the law is designed to keep people from dropping their coverage and only signing up when sick. But since it does not affect the budget — just insurance companies' bottom lines — there is a case to be made that the provision is an "extraneous matter."

Since the presiding officer would be a Republican, it is possible they could rule in favor of the AHCA's provision. But many experts question whether that will happen.

The possibility that the Byrd rule may hold up the legislation has not been lost on analysts and lawmakers.

Perhaps the most colorful description came from Republican Rep. Trent Franks, who told Bloomberg's Sahil Kapur that he has concerns over the possible Byrd Rule hiccups.

"The House has the untenable task of trying to craft a bill that will fit through the matrix of the Byrd Rule," Franks said. "It's essentially like trying to force a giraffe through a keyhole. If you get the job done, he looks a little differently on the other side."

National Review's Yuval Levin wrote that the Byrd Rule will be a difficult threshold for the AHCA to cross as it currently stands.

"And the proposal also introduces some elements, like a 30% surcharge on premiums for people who haven't been continuously insured, which seem (to me) very unlikely to survive a Byrd Rule challenge," Levin wrote.

The 30% penalty is a key part of the legislation, making the potential ramifications even more significant.

Without it, there is theoretically no incentive for people to stay in the market unless they are sick. The risk pools would, in that case, be more heavily weighted to older, sicker people that need to maintain coverage for a regular health condition.

This scenario would cause massive losses for insurance companies in the individual market beyond the current ACA losses and likely cause them to jack up premiums at an even faster rate.

In essence, the Byrd Rule could be standing between — in the best case scenario — a successful overhaul of the American healthcare system by Republicans, and in the worst case, the insurance "death spiral" the GOP has always feared.

SEE ALSO: The GOP's Obamacare replacement is moving through Congress — here's how it could become law