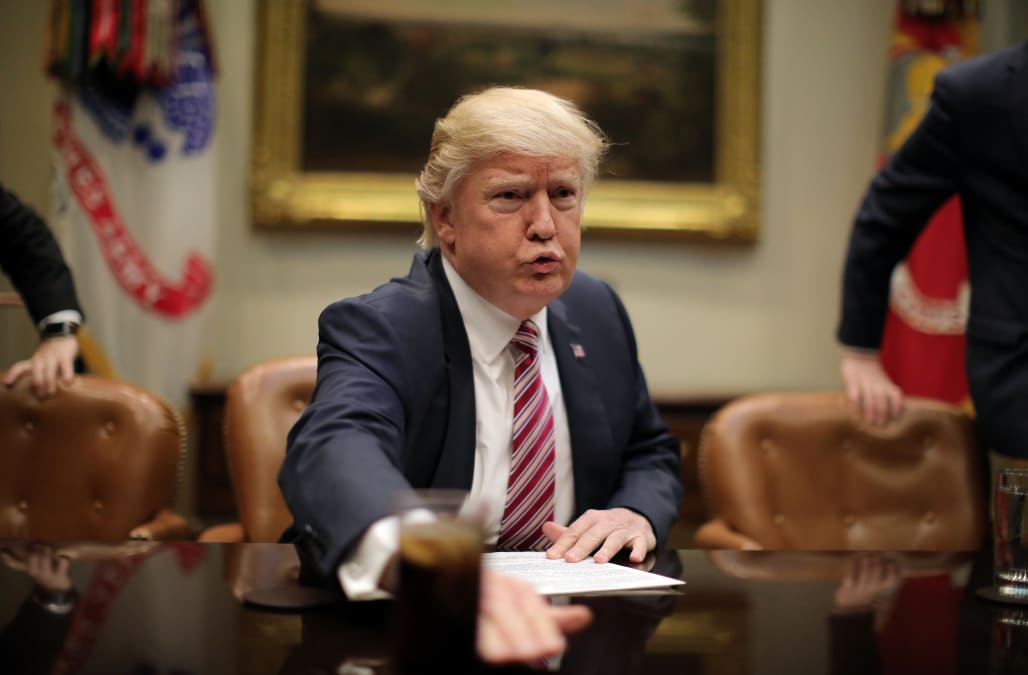 You're breaking the law when you delete your tweets.

That's what two congressmen told the White House this week.

See some of Trump's tweets:

The president has in the past deleted tweets when there were spelling errors in them, but Chaffetz and Cummings say this could be a violation of the Presidential Records Act.

Under former president Barack Obama, White House digital staffers had a system of auto-archiving tweets which are now the property of the National Archives and Records Administration.

The congressmen asked for information about policies and procedures when it comes to the Presidential Records Act and making sure all communications are secured.

They want the information within two weeks.

They also asked the White House to conduct training on proper records keeping and archiving.

Although there's a lot of discussion about electronic communications, Donald Trump's in-person meetings with at least one of these congressmen seem to be going well.

On March 8th, the same day as the letter, Trump tweeted: "Met with Rep. Cummings today at the White House. Great discussion."

More from AOL.com:
One of Congress's fiercest drug-price critics tried to get Trump on his side at a big meeting today
'They ought to be careful': Trump raises eyebrows with heavy promotion of Exxon announcement
House Oversight Committee raises concerns about record keeping of Trump's tweets