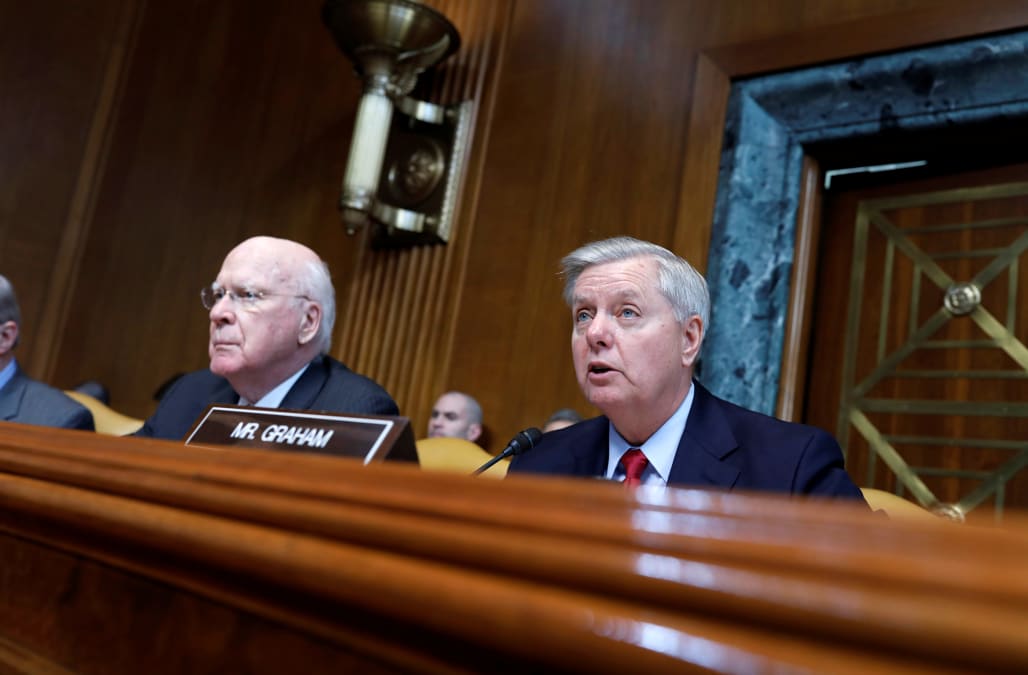 WASHINGTON, March 8 (Reuters) - Two senior senators asked the FBI and Justice Department on Wednesday for any information they have on President Donald Trump's unsubstantiated claim that his predecessor Barack Obama wiretapped him during the 2016 U.S. presidential campaign.

"We request that the Department of Justice provide us copies of any warrant applications and court orders...related to wiretaps of President Trump, the Trump campaign, or Trump Tower."

SEE MORE: The public spat unfolding between the White House and the FBI is 'truly unprecedented'

Under U.S. law, presidents cannot direct wiretapping. Instead, the federal government can ask a court to authorize the action, but it must provide justification.

Critics of Trump in Congress have accused him of issuing the wiretap allegation to try to deflect attention from investigations into his administration's possible ties to Russia. Some have likened it to Trump's long-held contention that Obama was not born in the United States and thus did not legitimately hold the office of president - an accusation he did not withdraw until 2016.

Graham later told CNN that if the Justice Department does not cooperate with the senators' request, subpoenas would be issued.

"I expect them to come forward as to whether or not a warrant was obtained or sought," Graham said. He chairs a Senate Judiciary subcommittee on crime and terrorism, and Whitehouse is the senior Democrat on the panel.

On Saturday, Trump accused Obama of phone surveillance, amid a swirl of questions about possible ties between the Trump presidential campaign and Russian President Vladimir Putin. U.S. intelligence agencies have found that Russia tried to influence the election.

An Obama spokesman said on Saturday that neither Obama nor any White House official had ordered surveillance on any U.S. citizen. The spokesman's statement did not address the possibility that a wiretap of the Trump campaign could have been sought by the Justice Department.

In their letter, Graham and Whitehouse wrote: "We would take any abuse of wiretapping authorities for political purposes very seriously."

The senators added: "We would be equally alarmed to learn that a court found enough evidence of criminal activity or contact with a foreign power to legally authorize a wiretap of President Trump, the Trump campaign, or Trump Tower."

On Tuesday, House Intelligence Committee Chairman Devin Nunes told reporters his panel would consider issuing subpoenas if information being sought on Russia's possible role influencing the election was not forthcoming.

The committee has scheduled a March 20 hearing and Trump's wiretap allegation is part of that probe.

Democrats, questioning the commitment of the Republican-controlled Congress, have been calling for an outside investigation, which so far has been rejected. (Reporting By Richard Cowan, Tim Ahmann and Patricia Zengerle; Editing by Howard Goller)