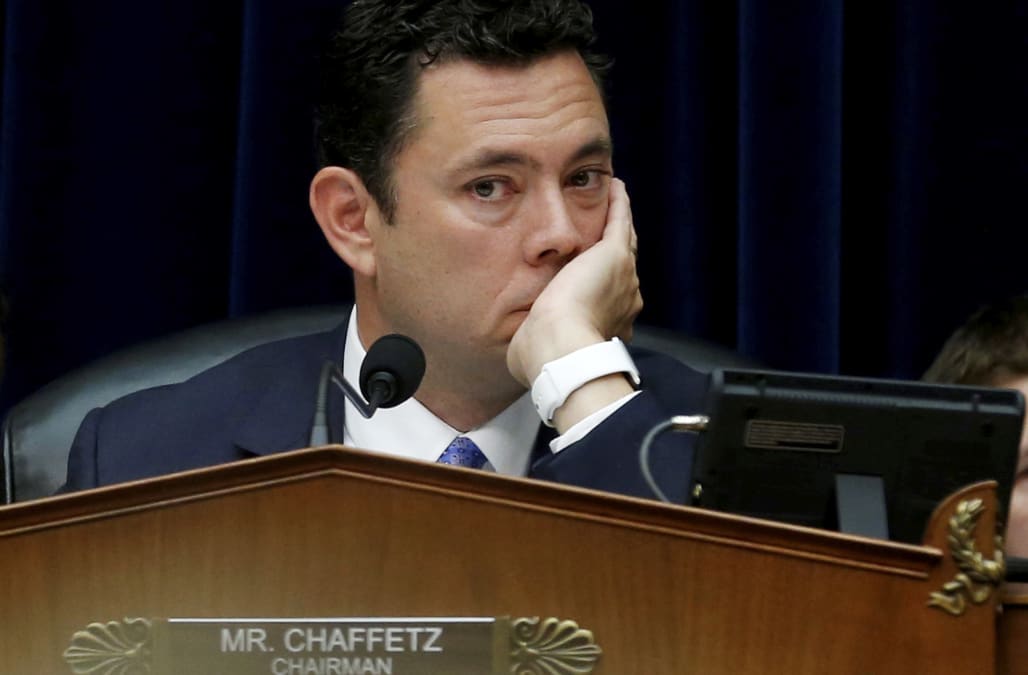 Rep. Jason Chaffetz attempted to sell the new Republican healthcare plan on Tuesday by asking Americans to purchase health insurance instead of buying an iPhone.

Appearing on CNN's "New Day" on Tuesday, the Utah Republican dismissed questions about whether fewer Americans would be covered by the GOP's Affordable Care Act replacement.

"Americans have choices, and they've got to make a choice. So maybe instead of getting that new iPhone that they just love and they want to go spend hundreds of dollars in that, maybe they should invest in their own healthcare," Chaffetz said. "They've got to make those decisions themselves."

Chaffetz did not answer whether the new GOP plan would require lower-income Americans to make sacrifices, but claimed that "with more choice, you will get a better product at a lower price."

He pointed to the bill's proposed elimination of Obamacare's individual mandate, which requires people who do would not pay more than 8% of their monthly income to purchase the minimum health insurance policy or face tax penalties. The plan would also eliminate the mandate requiring large employers to offer coverage to full-time employees. The individual mandate was designed to compel Americans to seek insurance, while ensuring that the insurance markets weren't flooded with overwhelmingly sick people, which would drive up the cost of insurance.

In the place of the individual mandate, the GOP plan would allow insurance companies to charge 30% higher premiums for people who have gone 63 days without health insurance.

The new plan, which the House released on Monday, makes a number of changes to the current law, eliminating taxes on higher-income earners as well as income-based tax credits and the Medicaid expansion that many states have adopted. In their place, the new plan would create per-capita caps for Medicaid, and new refundable tax credits for several age groups.

The proposal keeps some popular Obamacare initiatives in place, allowing Americans up to age 26 to stay on their parents' healthcare plans.

The new plan has faced almost universal opposition from Congressional Democrats, while some conservatives also remain wary of the plan.

Sen. Rand Paul argued that the bill did not do enough to drive costs down.

Th House leadership plan is Obamacare Lite. It will not pass. Conservarives are not going to take it. #FullRepeal

NOW WATCH: 'F--- you for that': Milo Yiannopoulos attacks the media in a press conference after resigning from Breitbart