The 25 best countries in the world 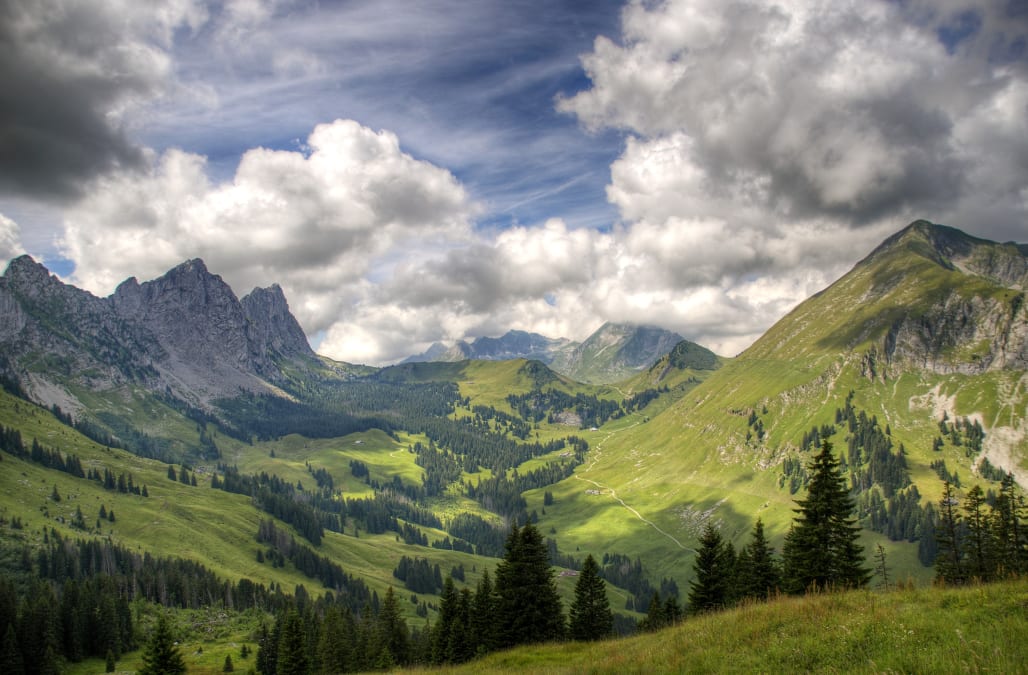 These countries, which range from Austria to South Korea, performed the best overall in the 2017 Best Countries rankings.

The rankings, formed in partnership with Y&R's brand strategy firm, BAV Consulting, and the Wharton School of the University of Pennsylvania, aim to gauge global perceptions of the world's biggest economies.

25 PHOTOS
25 best countries in the world, according to U.S. News
See Gallery

25 best countries in the world, according to U.S. News

India, the world's largest democracy, ranks No. 25 overall. It took top spots in Movers, a measure of economic potential, and in Heritage.

South Korea ranks No. 23 overall. The country is the No. 3 most forward-looking country and the No. 11 best country in which to start a business.

The United Arab Emirates, one of the most liberal of the Gulf states, ranks No. 22 overall. It is No. 1 in Movers and No. 10 in Power.

Ireland ranks No. 21 overall. The Emerald Isle also places No. 15 in Citizenship and No. 14 in Open for Business.

China, the world's most populous country, ranks No. 20 overall. It is considered to be the third most powerful nation and the second best country in which to start a business.

Spain, ranked No. 19 overall, is also one of the top countries for Adventure. It ranks No. 2 for Heritage and No.1 in Best Countries to Travel Alone.

Luxembourg ranks No. 17 overall. Despite stricter tax code regulations that hit the European Union in 2015, the country ranks No. 2 in Open for Business. It also ranks as the No. 12 most transparent nation.

Italy ranks No. 16 overall. Known for its many historical cities, world-renown cuisine and geographic beauty, the country takes top spots in Heritage and Cultural Influence.

New Zealand is the No. 14 Best Country overall. The country's education expenditures as a percent of gross domestic product are some of the highest in the world, and it ranks No. 9 in terms of citizenship. It is also considered the No. 1 country to retire comfortably.

Finland ranks No. 13 overall. The country ranks No. 5 in both Citizenship and Open for Business, and is considered the No. 3 country in terms of green living and No. 7 in terms of Quality of Life.

The Netherlands is the No. 11 Best Country overall. The Dutch were the first to legalize same-sex marriage, and national stances on drugs, prostitution, euthanasia and abortion are liberal; their country ranks No. 8 in Quality of Life.

Norway, which has twice rejected European Union membership, ranks No. 10 overall. The country takes the No. 1 spot in Citizenship and the No. 2 spot in Most Transparent.

France, one of the most visited countries in the world, ranks No. 9 overall. It is No. 2 in Cultural Influence and No. 6 in Power.

Australia is the No. 8 Best Country overall. The Land Down Under – No. 4 in Quality of Life and No. 9 in Adventure – also ranks in the top 10 in terms of education, where to headquarter a corporation and others.

The United States ranks No. 7 overall. The country with the largest economy in the world is also considered the most powerful. It ranks No. 3 in Entrepreneurship and No. 3 in Cultural Influence, as well.

Sweden, one of the most generous countries in terms of contributing funds to humanitarian aid, ranks No. 6 overall. The country is No. 2 in Citizenship and No. 1 in Best Countries for Green Living.

Japan, ranked No. 5 overall, is the top performing Asian country. It ranks No. 5 in Movers and No. 1 as the most forward-looking country.

Germany, which has seen its role in the international community grow steadily since reunification, ranks No. 4 overall. Despite contention around the country's open-door policy toward immigration, the nation ranks No. 10 in Citizenship. It is also No. 1 in Entrepreneurship and No. 3 in Best Countries for Education.

The United Kingdom ranks No. 3 overall. It ranks No. 4 in Power and No. 5 in Cultural Influence, rather strong positions for a country that recently voted to leave the European Union.

Canada, the second largest country in the world in terms of landmass, ranks No. 2 overall. It takes top spots in Quality of Life and Best Countries for Education.

Switzerland debuts as the No. 1 Best Country in 2017. The country, well-known for its history of neutrality, ranks No. 3 in Open for Business and No. 3 in Citizenship.

Don't see your country here? See the full list of the 2017 Best Countries and explore how nations did in areas like Power, Citizenship and Quality of Life.

More from US News:
Are Your Grandparents Going Hungry?
Donald Trump and Republicans Are Trying to Con You on Obamacare Repeal
A Kindler, Gentler Donald Trump