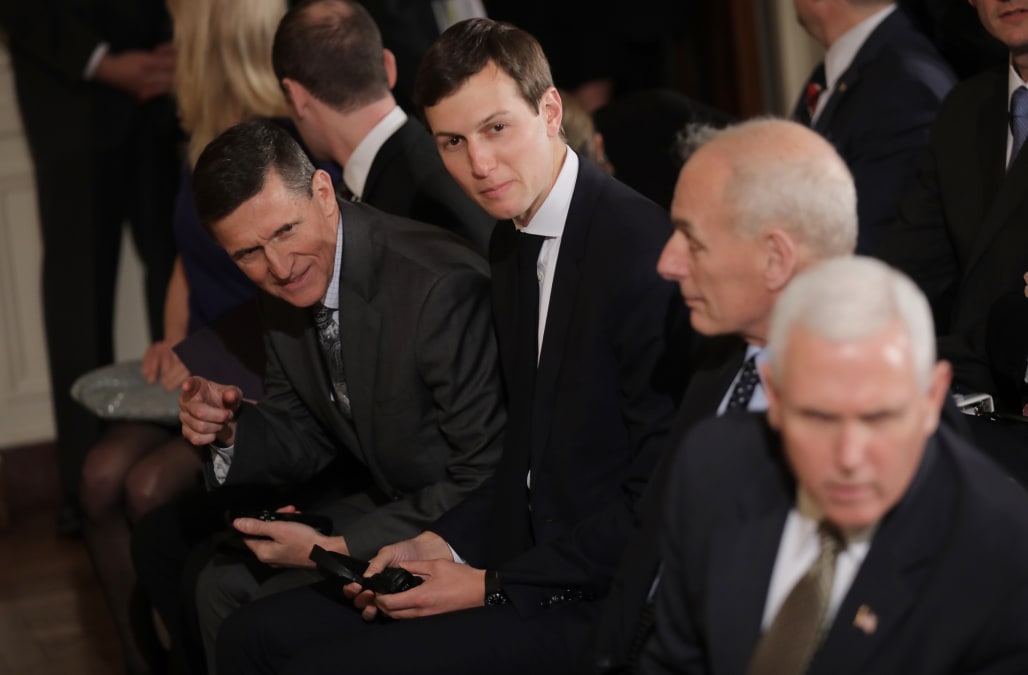 The known ties between the Trump campaign and Russia now appear to include a member of Trump's family.

It's important to note that there's nothing inherently wrong with administration officials talking to foreign ambassadors. That's just part of the job. But with all the scrutiny surrounding the Trump team's contact with Russia, it's sure to raise some eyebrows.

The White House confirmed Kushner attended a short meeting at Trump Tower with Kislyak in December. A spokeswoman said the meeting was to "establish a line of communication."

It's significant that Flynn attended the meeting as well. The former adviser resigned from his position after he held potentially illegal discussions with Russian officials about sanctions before Trump took office.

Former President Obama imposed sanctions on Russia after the intelligence community determined the country hacked into the computers of U.S. officials to try to influence the 2016 presidential election. Flynn reportedly spoke with Russian officials about those sanctions, which could be a violation of the Logan Act.

Trump's attorney general, Jeff Sessions, recused himself from investigating Russian interference into the election and whether Trump's team was complicit after a report revealed he failed to disclose two of his own conversations with Kislyak.

The meeting happened right around the time those sanctions were imposed, but it's unknown if they were discussed while Kushner was there.