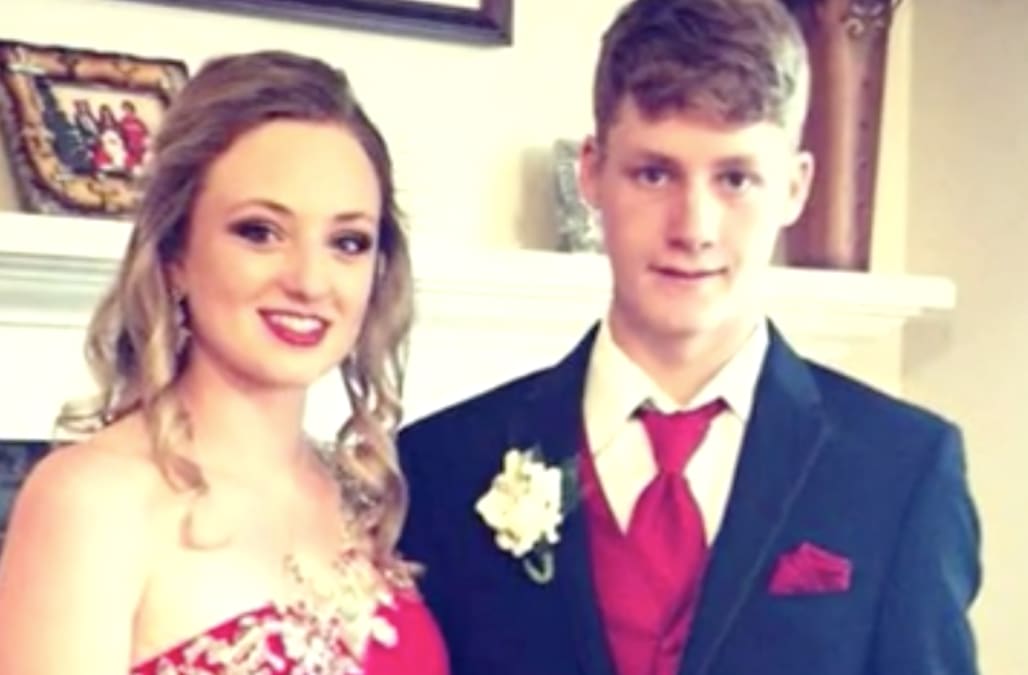 A Colorado teen accused of fatally shooting his rodeo star ex-girlfriend who cops say was found dead in his trunk has pleaded not guilty.

Tanner Flores, 19, is accused of shooting 18-year-old Ashley Doolittle twice in the head after police say she had recently broken up with him.

According to his arrest affidavit, police say Flores drove to his late grandfather's ranch in western Colorado — more than 300 miles away — where he cleaned "her up before returning her to the truck."

Flores was arrested June 10 with Doolittle's blanket-wrapped body in the cab of his pickup, according to his affidavit.

On Thursday, the teen reportedly entered a not guilty plea before his attorney filed a successful motion for an evaluation of his client's mental health before the case proceeds.

It is not clear how long it will be before that evaluation takes place.

Flores and Doolittle had dated for a little over a year when she ended the relationship, according to reports.

"You know you're lucky when you find someone who makes you happy and get to call them yours," Doolittle wrote in a September Facebook post.

"Gorgeous babe, I love you," Flores commented on a photo of Doolittle in May.

Loved ones took to social media after Doolittle's death to express their grief.

"Ashley Doolittle was an incredible person — friend to all, talented and smart, a wonderful horsewoman, and an extraordinary young lady. She was taken from us far too soon," one person wrote on a GoFundMe page created to help the family with expenses.

An accomplished equestrian, Doolittle "had been a member of Boulder County 4-H for eight years where her love of horses showed with her involvement in the horse project, horse judging, horse bowl and hippology teams," her obituary said.

She began riding horses when she was 5 years old and went on to become a skilled rider and competitor, loved ones said.

Watch: 20-Year-Old Woman Gets 30 Years in Prison for Killing Dad When She Was a Teen

Doolittle was chosen to serve as the 2016 Boulder County Fair Rodeo Queen Lady-in-Waiting, the organization said, calling her "a blessing to this program."

"Her legacy as 2017 Boulder County Fair and Rodeo Queen will live on forever," they continued. "Please continue to pray for her family and encourage everyone to remember her as a great role model and ambassador for the sport we love so much."

Watch: Teen Accused of Killing Girlfriend Then Posting Love Messages to Her on Twitter