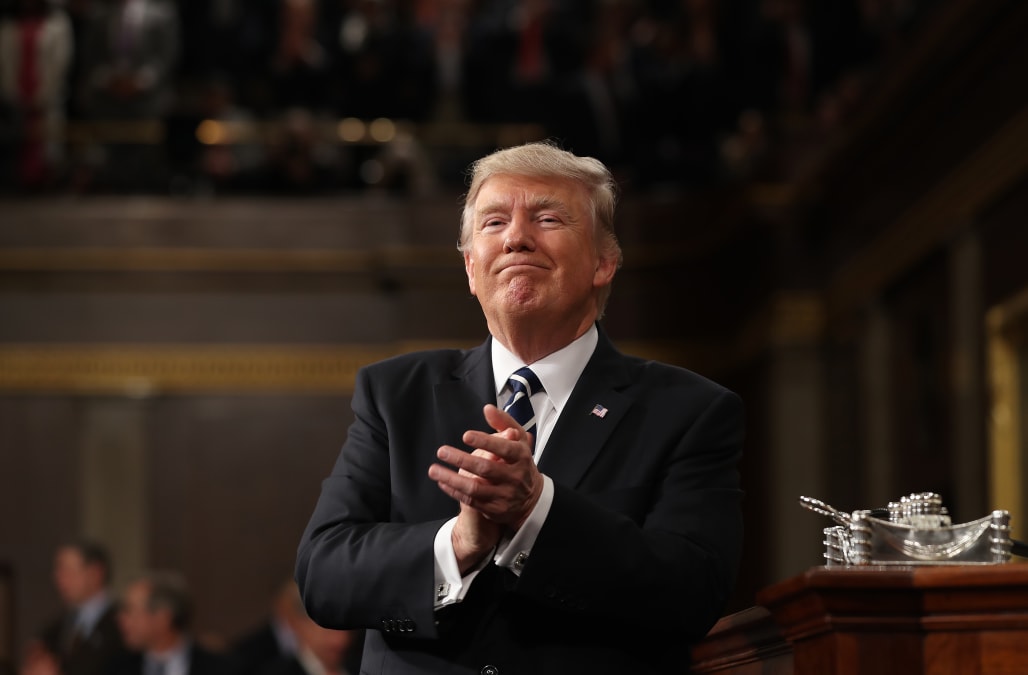 President Trump has received high marks from pundits for Tuesday's Congressional address, and according to a new AOL.com flash poll most viewers were also impressed.

The poll shows a majority, nearly 60 percent, had a positive reaction to the president's first speech in front of a joint session on Capitol Hill. About 45.1 percent responded it was great and nearly 15 percent called the speech good.

Almost 9 percent said Trump's speech was "very bad" while 7.6 percent called it "bad," which gives Trump total negative reaction of 16.3 percent -- over a 40 point difference when compared with positive responses.

While most survey takers said Trump's speech was "great," "didn't watch/no opinion" was the second most popular choice coming in with 23.97 percent of the total votes.

The large percentage of voters may have played a role in both tipping the poll so positively in Trump's favor, and also resulting in the speech drawing less viewers than a similar speech given by the President Barack Obama in February 2009.

Removing the numbers of those that said they didn't watch or have an opinion after Trump's address reveals an even more favorable reaction to the speech, with an overwhelming 78 percent giving Trump a positive review.

Over 10,000 people participated in Tuesday's AOL.com flash poll, and while not scientific, the results are in line with other top polls. A CNN poll showed 57 percent of those who tuned in say they had a very positive reaction to the speech, and overall, about 7-in-10 said Trump's speech made them feel "more optimistic about the direction of the country."

Trump has received a considerable amount of praise after Tuesday night from both sides of the aisle, including CNN's Van Jones who said Trump "became president of the United States" during the address.

But the reactions haven't all been roses and sunshine. Left-leaning filmmaker Michael Moore gave a completely opposite take to Jones' on the Trump's speech, maligning the 45th president for his comment after Congress gave a standing ovation for fallen Navy Seal William "Ryan" Owens.

"I'm going to get an Emmy for this. Most applause for a dead soldier on my watch. The sickness of this man," said Moore.