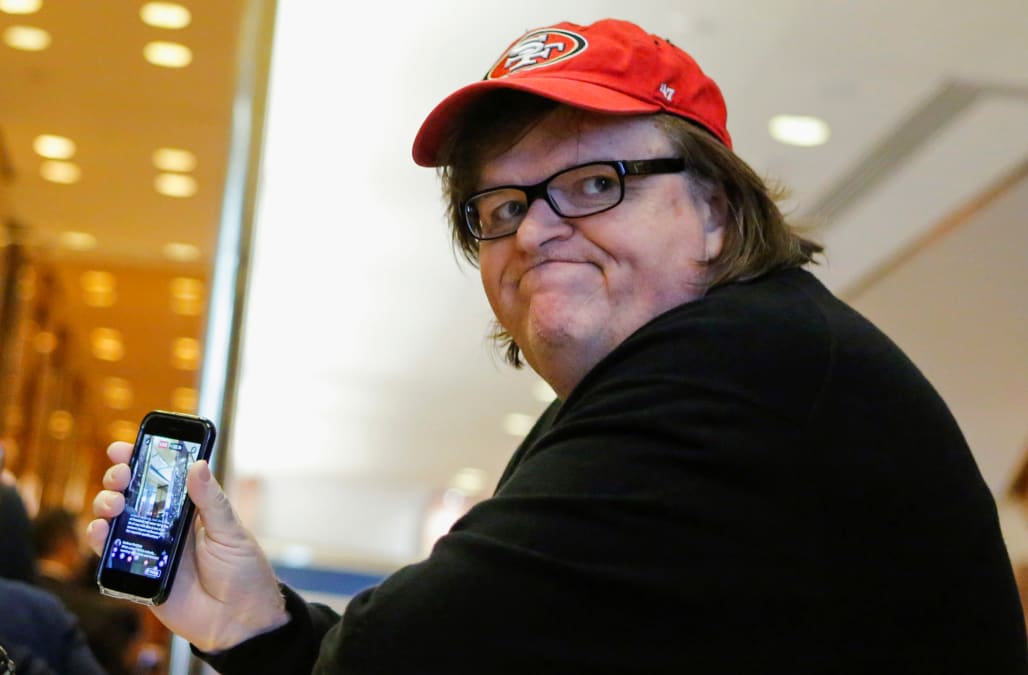 Owens' widow, Carryn, who was in the audience at the time, struggled to hold back her tears as those gathered gave her a standing ovation.

Not long after, Michael Moore, in a televised discussion with Chris Matthews of MSNBC, criticized the move.

He asserted that the president "used" the grieving Mrs. Owens, "as sort of an 'f-you' to the people who are criticizing him for this. And this poor woman, this widow who has lost her husband, she is in desperate grief right now."

Moore further commented, "And to use that to put another notch on his belt — and what is he thinking about? 'My ratings. Record Applause. I'm going to get an Emmy for this, most applause for a dead soldier on my watch!' This is the sickness of this man."

Notably, CNN's Van Jones, another of the president's typical detractors, praised that portion of the speech, saying Trump, "became President of the United States in that moment...period."