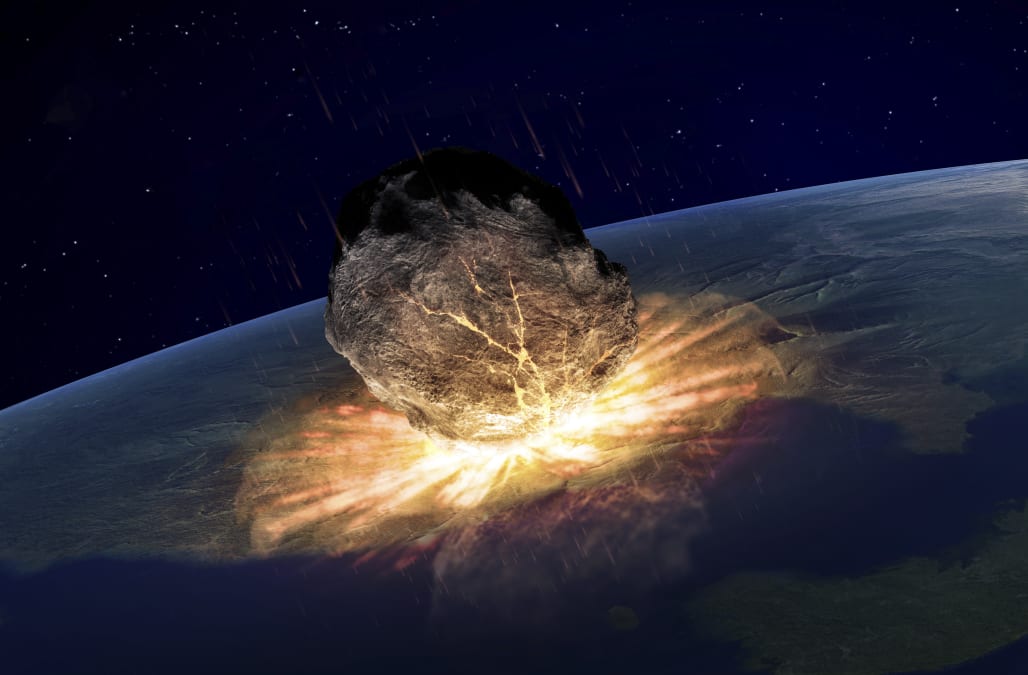 This week has been a heavy one for apocalyptic predictions.

After it was announced on Thursday that the world's 'Doomsday Clock' has inched 30 seconds closer to 'midnight' -- i.e. the end of the world -- another grim prediction has been made about the fate of the planet.

A self-proclaimed astronomer has come forth with a theory that suggests an asteroid discovered last year dubbed 2016 WF9 will slam into the Earth on February 16th and trigger a planet-ending mega-tsunami, according to Daily Mail.

Self-proclaimed Russian astronomer 'Dr.' Dyomin Damir Zakharovich claims that asteroid 2016 WF9, which was discovered by NASA's NEOWISE mission in 2016, is currently hurtling straight towards our planet.

"NASA is lying through its teeth. It is not conceivable that they do not know the truth. " 'Dr.' Dyomin Damir Zakharovich

"We have seen the data!" said 'Dr.' Zakharovich. "The object they call WF9 left the Nibiru system in October when Nibiru began spinning counter clockwise around the sun."

Of course, the Nibiru he's referring to is none other than the infamous 'Planet X,' a mysterious body rumored to be whizzing through our solar system with an oblong orbit that coincidentally keeps it hidden from our view.

It is common belief among conspiracy theorists that Nibiru will eventually collide with the Earth, bringing about the apocalypse, although this has been widely debunked by scientists.

"Since then, NASA has known it will hit Earth," Zakharovich continued. "But they are only telling people now. And telling lies. That they call it 2016 WF9 proves they are lying. If they just discovered it yesterday, it would have a 2017 prefix."

Of course, NASA has come forward to say they have a very solid understanding of the body's trajectory, stating that the object will likely pass by nearly 32 million miles away from the planet.

NASA has reached out and provided the following statement:

"An object known as 2016 WF9 was detected and first reported by NASA's NEOWISE project on Nov. 27, 2016. This object will approach Earth's orbit on Feb. 25. At a distance of nearly 32 million miles (51 million kilometers) from Earth, this pass will not bring it particularly close. The trajectory of 2016 WF9 is now well understood, and the object is not a threat to Earth for the foreseeable future, as the closest it can approach Earth's orbit is more than 1 million miles (1.6 million kilometers).

NASA finds no record or affiliation of the "Russian astronomer" cited in the Daily Mail story. Reputable news organizations have been unable to find any indication that the individual cited is a real person affiliated with an academic institution or having published any scientific work.

NASA's Planetary Defense Coordination Office (PDCO) works with institutions and observers around the world and is responsible for ensuring the early detection of potentially hazardous objects – asteroids and comets whose orbits are predicted to bring them within 5 million miles (8 million kilometers) of Earth and of a size large enough to reach Earth's surface. PDCO tracks and characterizes these objects, issues warnings about potential impacts, and is charged with leading coordination of U.S. government planning for response, should there be an actual impact threat."

More from AOL.com:
Winter's icy air, rounds of snow to blast eastern US into February
Florida braces for storms after 19 die in Georgia, Mississippi severe weather
Deadly storm batters Eastern US with wind and heavy rain