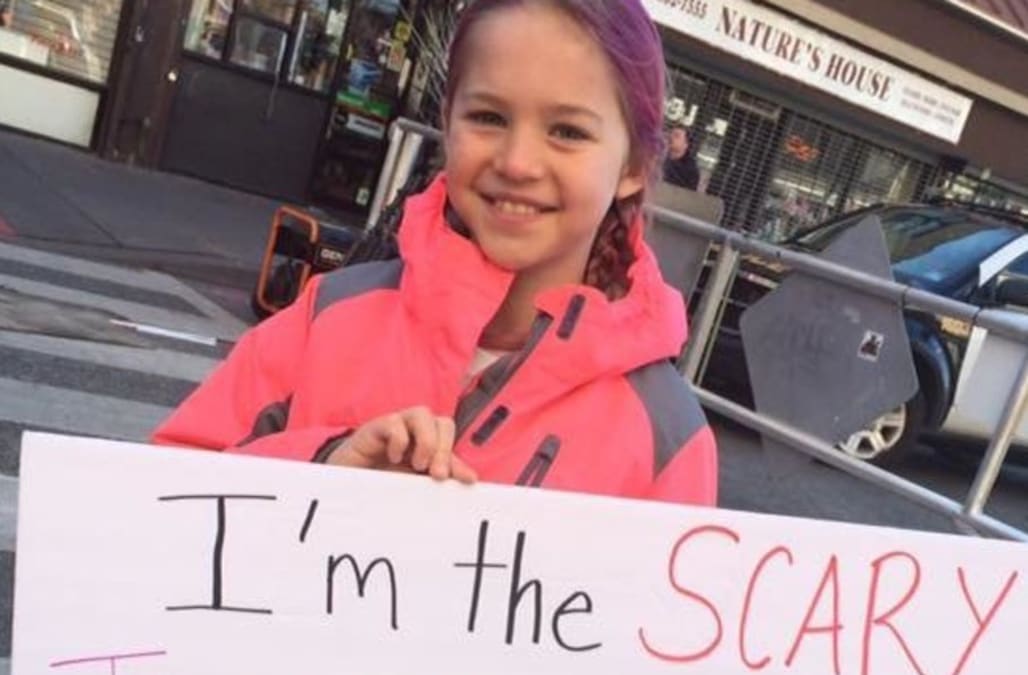 "I'm the scary transgender person the media warned you about."

That message was written on 10-year-old Rebekah Bruesehoff's poster, and was just one of the powerful statements emphasized by almost 200 people who rallied to support transgender rights at the Newark Pedestrian Plaza in Jersey City.

Bruesehoff, a transgender girl from Vernon, New Jersey, stood on stage in front of hundreds at the rally Sunday to discuss transgender students' rights to be protected from discrimination in public schools.

The rally followed President Trump's move last Wednesday to withdraw Obama-era federal protections for transgender students to use the bathroom that corresponds with their gender identity -- a significant victory for those who opposed the previous guidelines and believed the federal government should not have gotten involved in the matter.

Many in attendance at the rally held signs while chanting "when trans youth are under attack, what do we do? Stand up fight back," a report said.

Bruesehoff was met with cheers of support from the crowd of supporters while on stage as she stood next to her mother Jamie, who said her daughter is "just a girl."

It was the first time the fourth grade student, who transitioned at age eight, addressed an audience of that size. She told The Jersey Journal it was a fun experience.