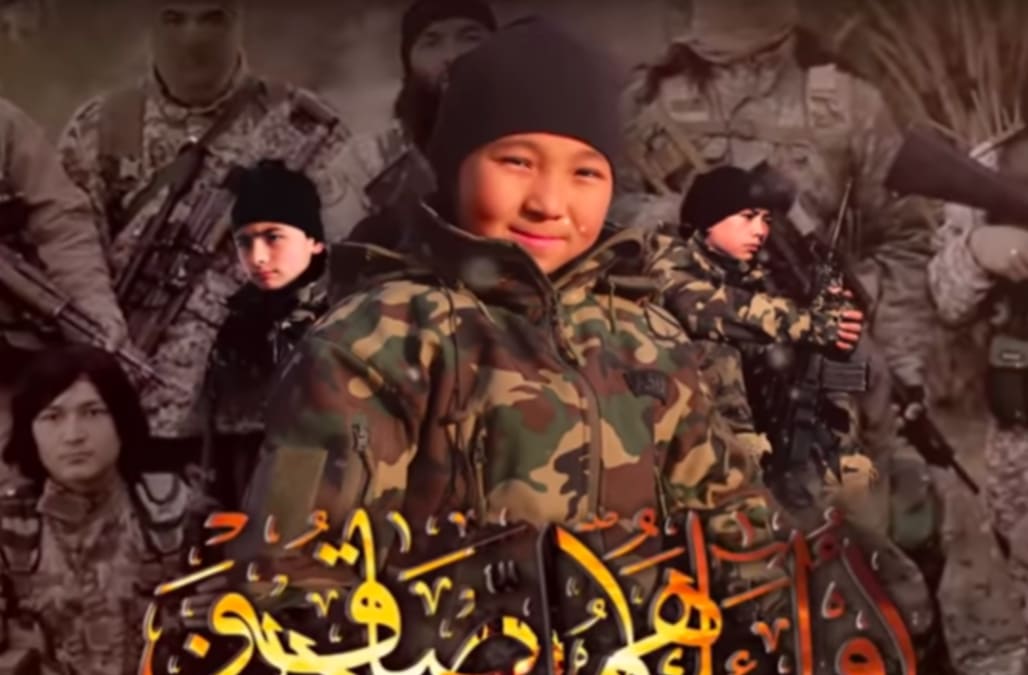 An official ISIS media outlet released a 30 minute video on February 27 that for the first time threatens China with attacks. Along with executions, the video included scenes that purported to show the daily life of its Chinese Muslim fighters.

In one scene, a militant addresses the camera before carrying out an execution, saying "you Chinese people who don't understand the language of the people, we the soldiers of the Caliphate will come to you to teach you the language of weapons, to spill rivers of blood as revenge against the oppressors." The man then turns to the victim, who is wearing an orange jumpsuit and is hanging upside down from the ceiling, and slits his throat while a young boy looks on from the side.

RELATED: A glimpse into the land ISIS has lost

Uighurs are a Turkic ethnic group who live mostly in China's western Xinjiang province. They practice Islam, and are often targeted by the Chinese government for religious and security reasons. Human Rights Watch previously reported on government oppression of the sect, including a recent campaign to confiscate Uighur passports. On February 27 the Chinese army held "anti-terror" rallies in the heart of Xinjiang, assembling over 10,000 troops in the region's capital.

More from Vocativ: Brands Are Abandoning Breitbart, But Don't Expect The Site To Fold

The video also includes scenes of armed children and teenage boys, undergoing religious and military training. Children are shown training with weapons, and one child soldier simulates the execution of a "prisoner" who is kneeling. In one disturbing scene, a child referred to as Abd al-Rashid al-Turkistani, executes a kneeling prisoner. The child is shown pressing a pistol to the top of his victim's head, and pulls the trigger.

More from Vocativ: Putin's Opponents Targeted Even In Death

ISIS has in the past reached out to China's Uighur population, releasing a video in 2015 calling on them to join the group and move to ISIS territory. According to a 2016 report released by an American think tank, over 100 Chinese Uighurs have joined ISIS.