SANTAQUIN, Utah (KSTU) – A Utah couple's ultrasound photos are attracting attention online after they noticed it appears their baby is ready to rock.

Makelle and Jared Ahlin of Santaquin said they spotted something unusual as they perused the ultrasound images.

"She kind of went passed it, and I was just like, 'Hey, go back, I need that picture!'" Jared Ahlin said.

In the ultrasound the infant appears to be holding his or her hand in a gesture familiar to anyone who has ever been to a rock concert. 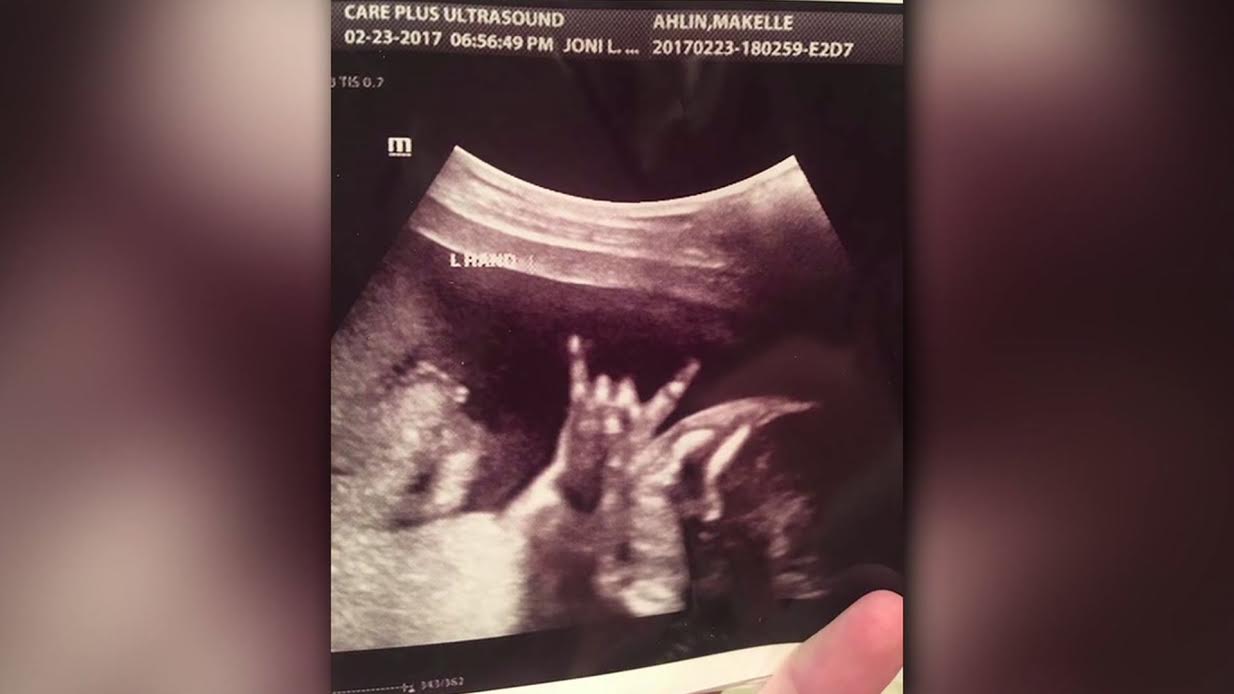 The couple swears the images weren't altered digitally, and they even have the original paper copies to back up that claim.

"Our boys are very active I guess, so it probably sounds like they will fit in to the family," Jared Ahlin said as Makelle adds: "They're pretty wild I would say."

The couple is due toward the end of June and has decided to keep the gender of their baby a surprise until delivery.

More from AOL.com:
Mom plans to carry fatally ill unborn child to term so she can donate her organs
Young dad to be buried with unborn baby
Premature hippo at Cincinnati Zoo gets lifesaving IV