Sunday morning's solar eclipse will create a ring of fire 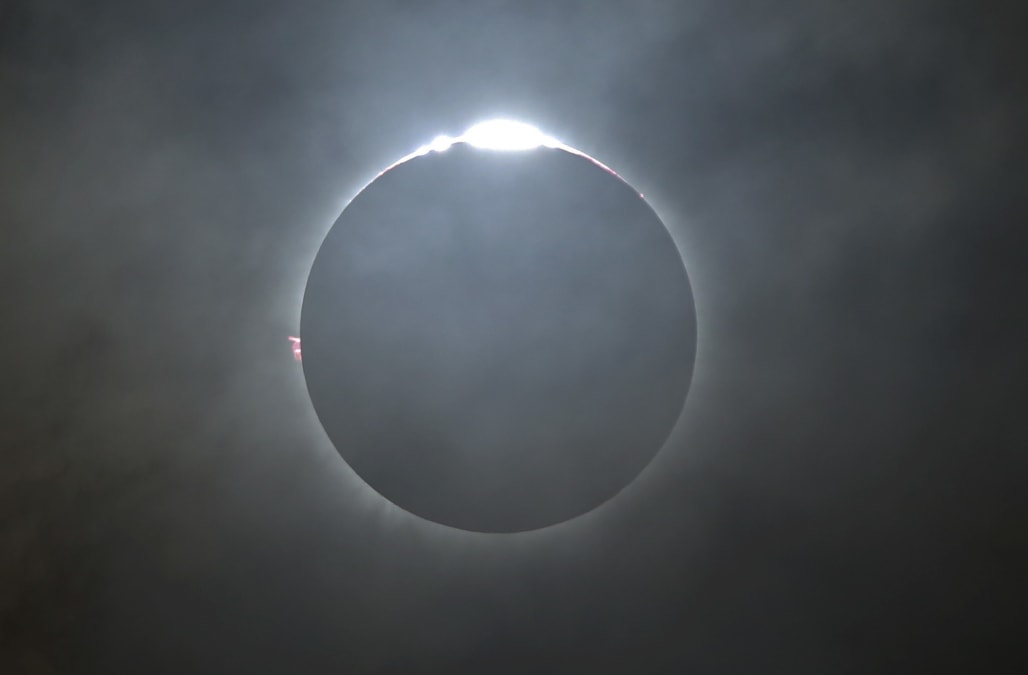 In the morning hours of Sunday Feb. 26, the sun and moon will come together to create a ring of fire.

The eclipse, known as an annular eclipse, happens when the moon blocks Earth's view of the sun almost entirely. The result is a fiery ring encircling the moon.

This is a little different from a total solar eclipse where the moon completely blocks the view of the sun.

RELATED: Check out the most iconic moments in space history:

The Soviet Union launched the first satellite into space on October 4, 1957. Sputnik is often considered to be the first victory of the infamous Space Race between the United States and the U.S.S.R. While the U.S. launched its first satellite less than a year later, the race was far from over. This competition was part of what led President John F. Kennedy to announce a new national goal in 1961: Send an American safely to the moon by the end of the decade.

The first man in space

Yuri Gagarin was the first man to go into space, sent there by the U.S.S.R. in April of 1961. Two monkeys named Able and Baker, who were sent into space by the U.S. in 1959, had previously been the first creatures to survive a space flight, though Able died during an operation afterward. While the U.S. had this honor, it wasn't going to be outdone by the U.S.S.R. It sent astronaut Alan Shepard into space about a month after Gagarin's trip.

The first woman in space

Valentina Tereshkova became the first woman to go into space on June 16, 1963. Aboard the Russian spacecraft Vostok 6, she orbited the Earth 48 times and returned, although there are reports she was injured upon landing, according to the BBC. She married another space explorer Andrian Nikolayev, and their child Elena became an interest to scientists who had never before been able to study the offspring of two individuals who had both been exposed to space travel.

The first African-American in space

Guion "Guy" Bluford was the first African-American to go into space. Though he is attributed with this honor, his class included two other African-American astronauts. "All of us knew that one of us would eventually step into that role," he said after the fact. He flew four missions, the first being in 1983. However, the first person of African descent and also the first Latino to go into space was actually Arnaldo Tamayo Méndez. Méndez traveled into space as a cosmonaut on Sept. 18, 1980, three years before Bluford.

Construction of the International Space Station

Construction of the International Space Station (ISS) began in 1998, and it is currently the largest artificial object within the Earth's orbit, allowing it to sometimes be seen from Earth. The station and satellite is a home for many different research projects, according to Space.com. It also lets us have a constant presence in space, where at least three people are manning the station at all times, and the number of occupants can reach as high as 10.

Dennis Tito, an American businessman, is the first person who ever paid to be sent into space. Tito, now 76, went to the ISS in 2001 aboard a Russian spacecraft. He paid $20 million for his flight, and he spent six days at the Space Station. He later called it a "40-year dream." "The thing I have taken away from it is a sense of completeness for my life — that everything else I would do in my life would be a bonus," he said.

The Mars exploration rovers were launched in 2003 with the goal of allowing us to better understand the history of water on Mars. Spirit, the first of the Mars rovers, made its last communication in 2010, while Curiosity, which landed in 2012, is currently still in communication with NASA. According to the Smithsonian, these rovers have brought about one of the most significant events in space exploration of the 21st century: the discovery that Mars was once a wet world with plenty of water, and the later discovery that liquid water still flows on the planet today.

Of course, no list on space exploration can be complete without a mention of one of the United States' — and mankind's — greatest achievements: the moon landing. On July 20, 1969, Apollo 11, carrying astronauts Neil Armstrong, Buzz Aldrin and Michael Collins, became the first manned lunar landing mission. Armstrong was the first human to set foot on the surface of the moon, and as he did so, he uttered the famous line, "That's one small step for man, one giant leap for mankind." You can still watch the footage of the moon landing on YouTube in a video that has over 13 million views.

(Photo by NASA via Reuters)

The annular eclipse will be visible only in the Southern Hemisphere, and most visible in parts of South America and Africa, weather permitting.

But what about the rest of us?

Thank you, internet. For those who can't experience the cosmic event up close and personal, the astronomy website Slooh.com will broadcast it live, starting 7 a.m. ET.