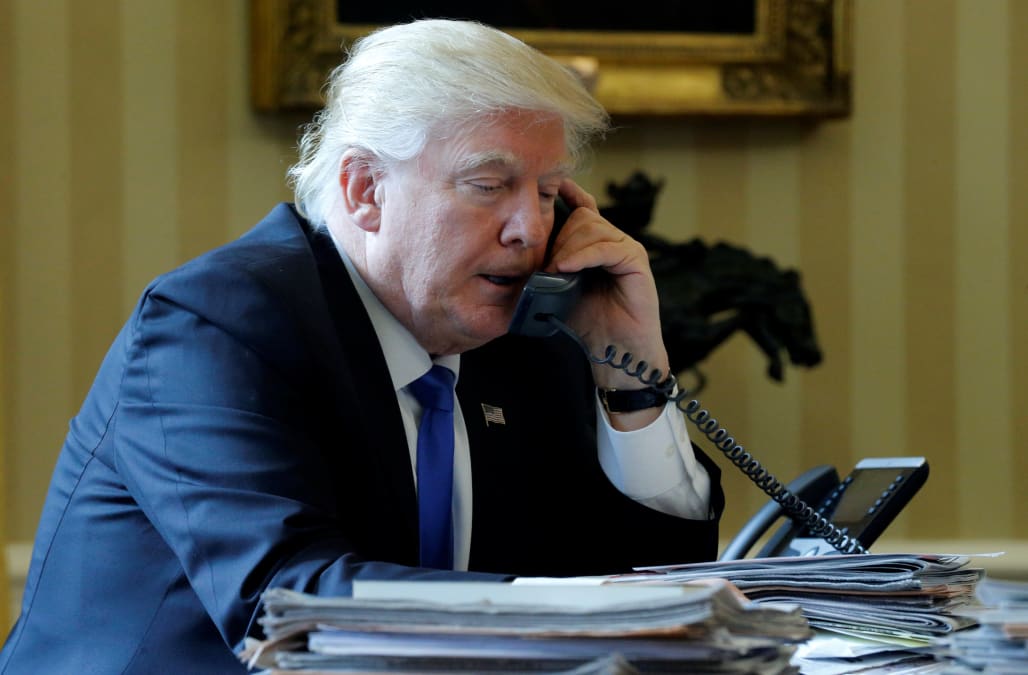 Trump administration officials wanted the FBI to disavow the reports and say that there was no contact between people associated with Trump and Russia, the network said, citing multiple US officials familiar with the discussions.

According to one unnamed law-enforcement official, the conversations began with White House chief of staff Reince Priebus and FBI deputy director Andrew McCabe one day after the stories were published. FBI director James Comey reportedly barred the agency from weighing in on media reports, CNN said, citing its sources.

White House officials denied suggestions that it tried to goad the FBI into debunking news reports, CNN said. Additionally, the Trump administration has forcefully rejected allegations of contact with the Kremlin — and leveled harsh rebukes against US news organizations for using anonymous sources in their reporting.

A bombshell report from The New York Times and CNN last week asserted that during the US election, the Trump campaign had frequent contact with Russian intelligence and government officials.

Citing US law-enforcement and intelligence agencies, The Times said in its report that the contact between Trump associates and Russian officials was discovered during a concurrent FBI investigation into cyberattacks the US has said Russia carried out targeting Hillary Clinton and the Democratic National Committee.

Paul Manafort, a former campaign manager to Trump who was also an adviser to a pro-Russia political party in Ukraine, was the only American named in The Times' report on February 14. In an interview with the newspaper, Manafort denied knowingly talking to Russian intelligence officials on behalf of the Trump campaign.

"I have never been involved with anything to do with the Russian government or the Putin administration or any other issues under investigation today," Manafort told the newspaper.

The White House's request to have the FBI slap down media reports would violate longstanding Justice Department protocols outlined in memos from 2007 and and 2009. The memos limit contact between the White House and the FBI during ongoing investigations.

US intelligence agencies are looking into Russia's alleged liaisons with people in Trump's orbit — a portion of those allegations were outlined in a 35-page dossier that has been making the rounds in Washington since last year.

US officials earlier this month said some elements in that document had indeed proved accurate.

A top Democratic official has promised the Trump-Russia investigations are "a long way from over."

The alleged request from the White House follows a pattern the Trump administration has developed in its attempts to cast doubt on news organizations — a pattern that has intensified in the early aughts of Trump's first term in office.

Comey's apparent refusal to publicly reject reporting on the alleged Russian ties is a departure from moves he made during the election, in which he twice announced FBI inquiries into a private email server used by Democrat Hillary Clinton.

Comey's comments on that matter were widely criticized by the Democratic National Committee. The Clinton campaign ultimatelyblamed Comey directly for her loss in the November election.

SEE ALSO: Top Democratic senator on investigating Trump's ties to Russia: 'This is a long way from over'