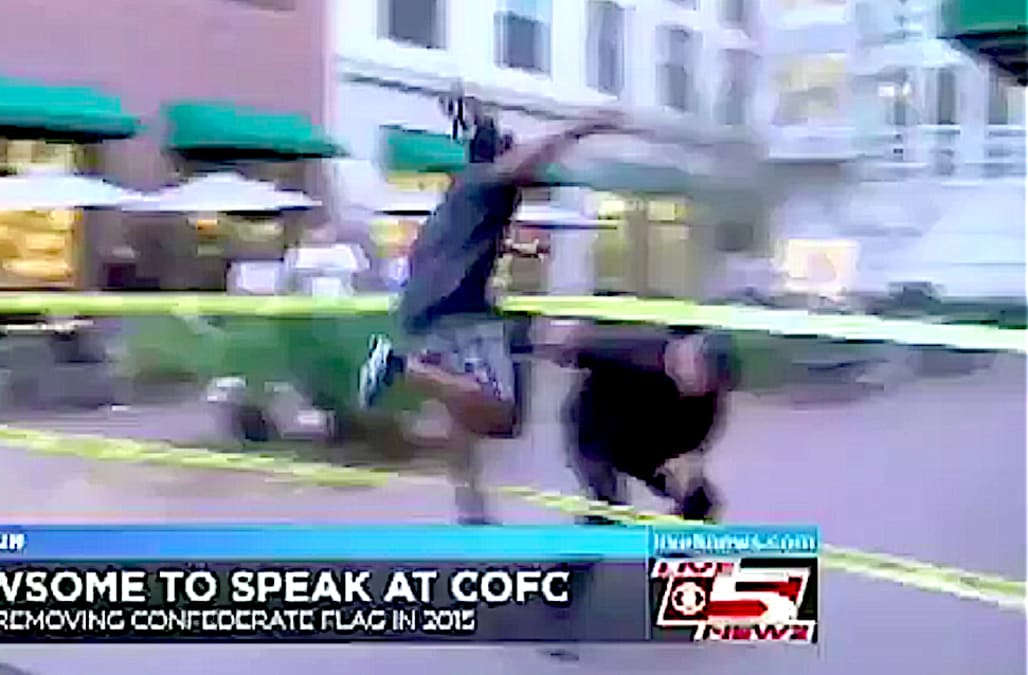 Confederate flags have been flying across downtown Charleston, South Carolina, since February 19 to protest the College of Charleston's decision to host activist Bree Newsome.

Newsome became known after her 2015 arrest for scaling the flagpole outside the South Carolina State Capitol in Columbia to take down a contested Confederate flag following the deadly Charleston church shooting.

On Thursday, Muhiyidin Elamin Moye, a Black Lives Matter leader who goes by Muhiyidin d'Baha, followed in Newsome's footsteps by performing a Confederate flag takedown of his own -- and it was all caught on a live CBS broadcast.

In the shocking footage, Moye can be seen running behind a news anchor before taking a flying leap across yellow police tape.

He then grabs the flag pole out of a protestor's hands, almost mid-air, and continues on running before being intercepted by police.

The way my man jumped for the Confederate flag like Neo and Trinity jumping between buildings has me absolutely weak tho. 😭😭😭😭 pic.twitter.com/qwmiLLAnIa

D'Baha was arrested after the incident and charged with disorderly conduct, but $6,000 was able to be raised for his bail via crowdfunding efforts.

Check out a full video of the incident here.