Gabby Giffords to GOP lawmakers on town halls: 'Have some courage' 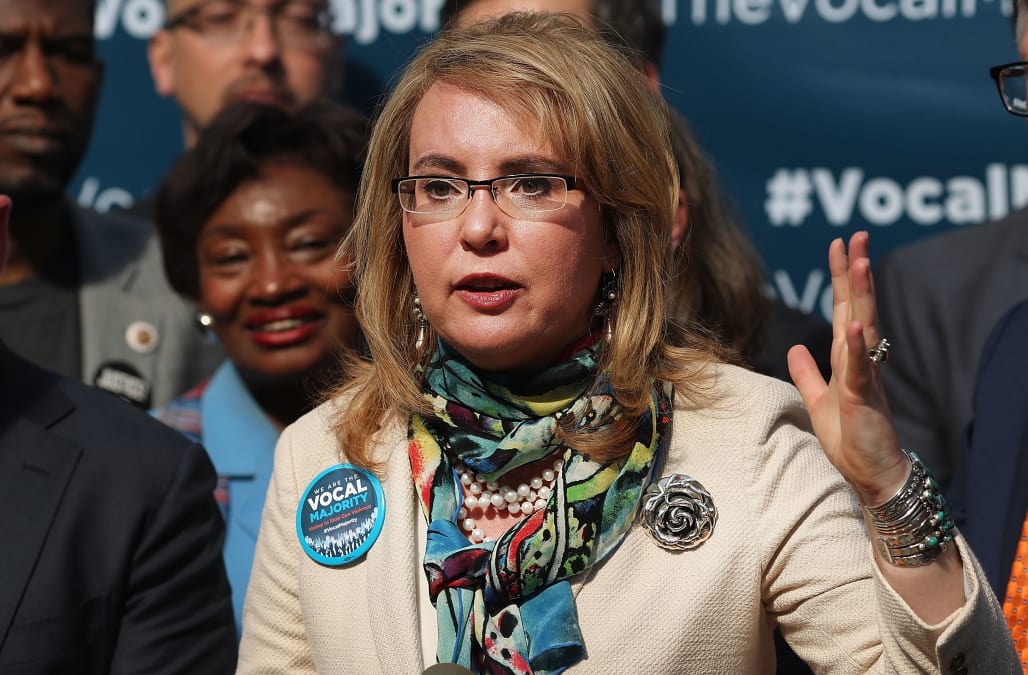 Former Rep. Gabrielle Giffords has a message for Republican lawmakers who may be using safety concerns as a reason not to hold town halls with their constituents: Suck it up.

"I was shot on a Saturday morning. By Monday morning my offices were open to the public," Giffords said in a statement after one GOP lawmaker invoked her as a reason not to hold in-person constituent events. "Ron Barber – at my side that Saturday, who was shot multiple times, then elected to Congress in my stead – held town halls. It's what the people deserve in a representative."

Giffords was shot and nearly died in 2011 while holding a constituent event in a parking lot in Tucson, Arizona. Six people were killed.

Republicans have faced crowds of protesters and sometimes heated exchanges at town hall events across the country. Protesters have demanded that representatives support investigations into whether President Donald Trump's family business activities violate ethics laws and have urged them not to repeal the Affordable Care Act.

With activist groups encouraging such gatherings, some – including the Trump White House and Utah Rep. Jason Chaffetz, the chairman of the House Oversight committee and the target of one of the first town hall protests this year – have claimed the demonstrators are part of a paid or "professional" effort, rather than constituents appearing to express genuine anger with their representatives.

But as the crowds began making their voices heard at town halls across the country, GOP lawmakers earlier this month held a meeting to discuss how to keep themselves safe, Politico reported. And as they headed back to their home districts over the Presidents Day recess, the House sergeant-at-arms issued a memo telling lawmakers to be vigilant.

"There is a growing ugliness out there," Rep. Tom McClintock, a California Republican who held an event this month that drew large crowds, told CNN. "We were warned by both the Capitol police and the local police that there was local agitation."

Some lawmakers this year have been opting out of doing events all together. According to a Feb. 16 report by Vice on Legistorm data, the roughly 290 Republicans in Congress had scheduled just 88 in-person town halls during the opening months of Congress. Two years ago, during the first two months of the 114th Congress, Republicans hosted 222 in-person events.

Rep. Louie Gohmert, meanwhile, touched a nerve on Tuesday when he invoked Giffords as his reason for avoiding such public events.

"Threats are nothing new to me and I have gotten my share as a felony judge," Gohmert said in a letter explaining why he was holding telephone town halls rather than in-person events. "However, the House sergeant-at-arms advised us after former Congresswoman Gabby Giffords was shot at a public appearance, that civilian attendees at congressional public events stand the most chance of being harmed or killed – just as happened there."

Giffords, who has continued to hold public events since her resignation from Congress and her recovery to advocate for stronger gun laws, was not impressed.

"To the politicians who have abandoned their civic obligations, I say this: Have some courage," she said. "Face your constituents. Hold town halls."