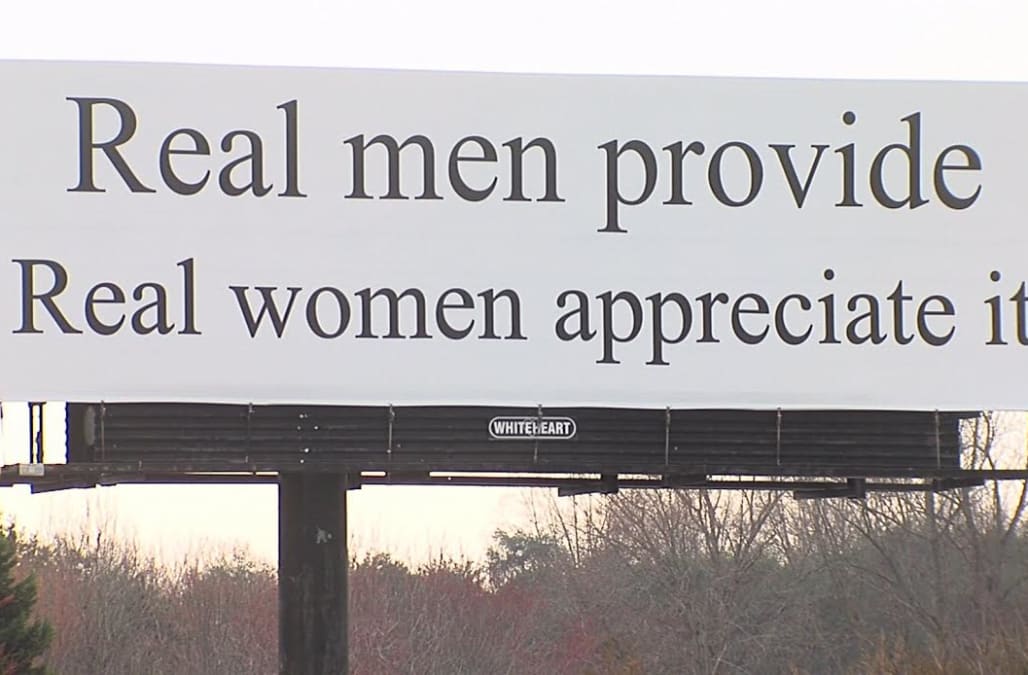 A controversial North Carolina billboard has some residents up in arms.

The sign is located off Business 40 between Greensboro and Winston-Salem. It reads, "Real men provide, Real women appreciate it." 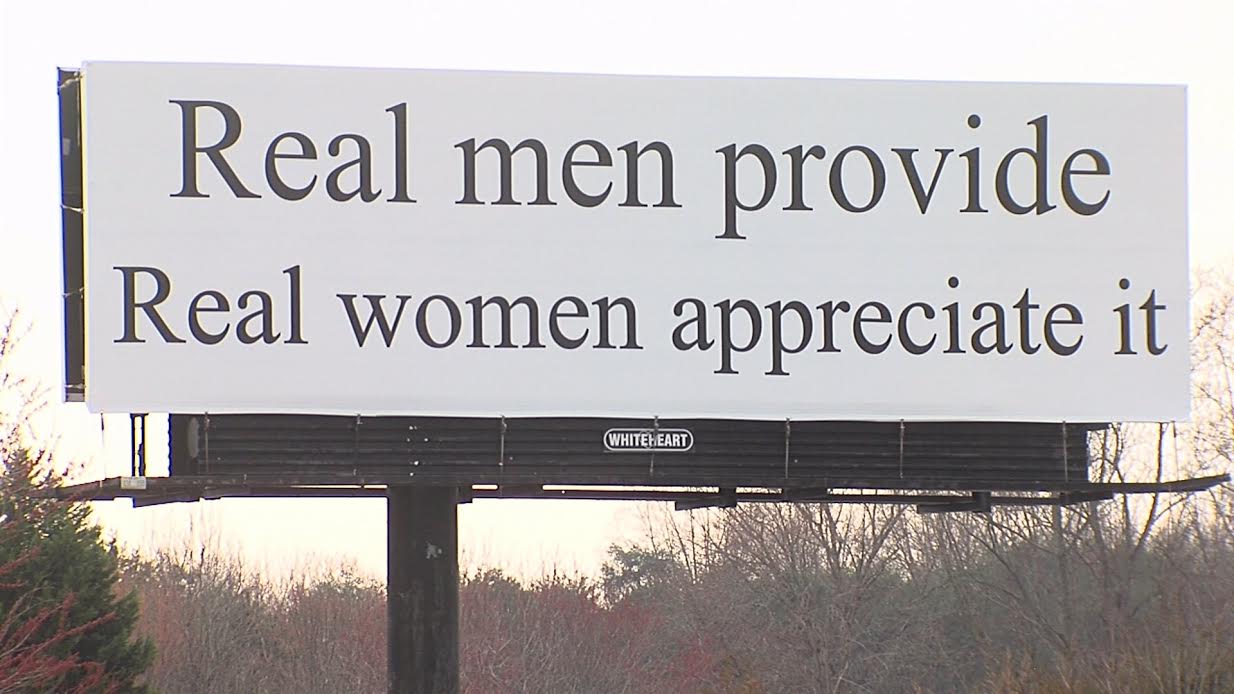 Donald Amos told WGHP that he likes the sign, and believes it is directed toward men who are not fulfilling their promises.

"A lot of times, women have to go on their own and do this and take the role of a man and a women and it's not right, but it happens and I think men ought to step their game up," he said. "Really they ought to and become men again instead of shoulda, coulda, wannabes."

Whiteheart Outdoor Advertising owns the billboard, but no one is certain who bought the space or what they meant by the message.

Molly Grace, a Winston-Salem business owner and local activist, is planning a protest against the sign.

"What we're protesting and angry about is not that an individual and some individuals decided to do this," she told WGHP. "It's more the fact that that mindset exists at all and not just that it exists but that it is actually a fairly normalized well-accepted mindset."

She said she thinks the message of the sign says women are not equal to men.

"The implied expectation that regardless of mitigating circumstances women should be appreciative of her man and that, to me, and that's the whole thing," she told WGHP.

A Facebook event has been launched to organize a protest of the sign, which is currently set for February 26.So far, more than 200 people have responded that they are attending.