Trump hits new record low in poll, seen as weak and 'not honest' 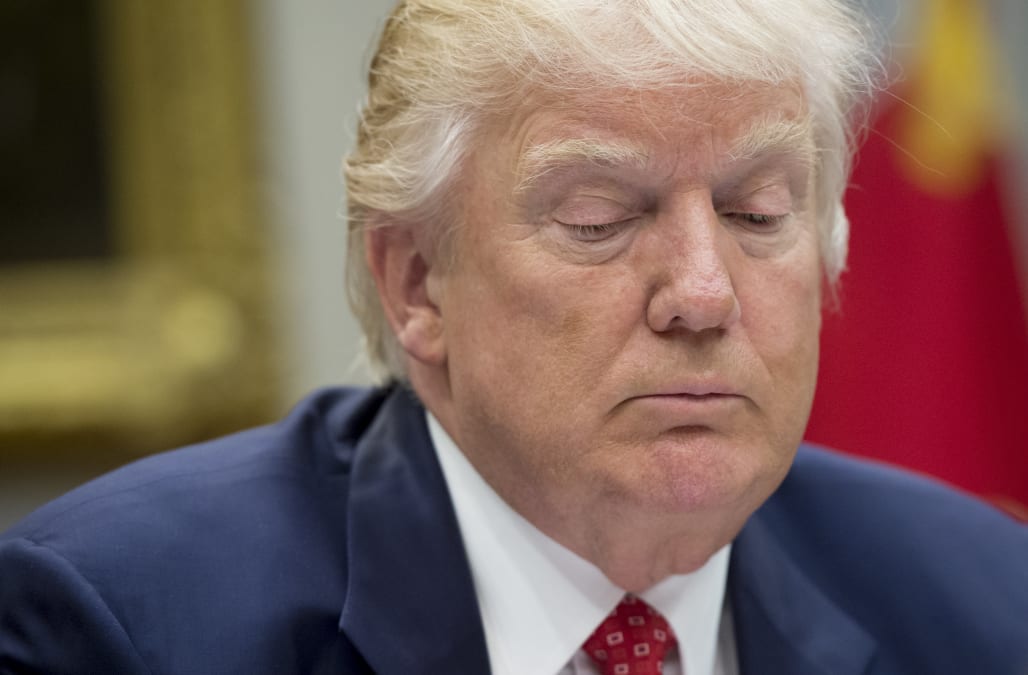 A little more than one month after taking office, President Donald Trump has scored his lowest approval rating yet in a new survey from Quinnipiac University.

The polling outlet finds only 38 percent of voters approve of Trump's performance as president while 55 percent disapprove. His approval has dropped from a Feb. 7 survey from the same outlet that found him at 42 percent approval and 51 percent disapproval.

He has a comparably poor favorability rating in the new survey, with 39 percent of voters having a positive view of the 45th president and 55 percent having a negative view.

The poll contradicts a Rasmussen survey, which has found in its daily tracking that Trump maintains a 51 percent approval rating among likely U.S. voters as of Wednesday.

But if anyone inside the White House is following the poll, the approval rating may not be the most worrisome detail.

The survey found that by a 15-point margin, voters do not find Trump to be trustworthy, with 55 percent labeling him as "not honest" compared to 40 percent who think he is honest. By a 53 percent to 44 percent margin voters said they don't believe he cares about average Americans.

See everything Trump has tweeted since becoming president: