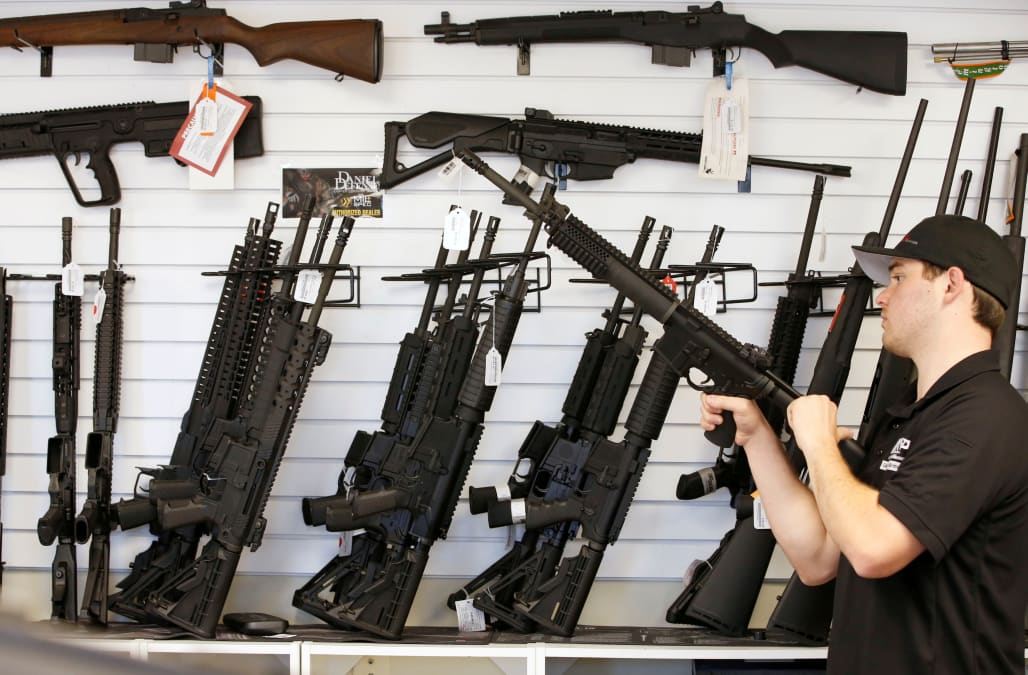 The 4th Circuit Court of Appeals in Richmond, Virginia, ruled Tuesday that the Second Amendment doesn't apply to protections of assault weapons in Maryland.

Maryland has a complex recent history regarding the legality of assault weapons: In 2013, Maryland passed a law — the Firearms Safety Act — barring the sale, possession, transfer or purchase of assault weapons. A panel of 4th Circuit judges later ruled that the law infringed on Second Amendment rights.

Tuesday's majority decision invoked the names of several mass shootings including the school shooting in Newtown, Connecticut, and the Pulse nightclub massacre in Orlando, Florida, both of which were committed with assault weapons:

"Both before and after Newtown, similar military-style rifles and detachable magazines have been used to perpetrate mass shootings in places whose names have become synonymous with the slaughters that occurred there."

"We conclude — contrary to the now-vacated [2013] decision of our prior panel — that the banned assault weapons and large-capacity magazines are not protected by the Second Amendment," Judge Robert King said in his concurring opinion.

The ruling strikes a blow to Second Amendment supporters who believe the provision is an umbrella for all weapons, including ones designed specifically for military situations, and that the Heller ruling conclusion exceeds reasonable necessity to protect oneself.

While gun control advocates are celebrating the decision, Judge J. Harvie Wilkinson III emphasized in his concurrence that the courts "are not the instruments of anyone's political agenda" — either for or against gun control:

As Heller recognized, there is a balance to be struck here. While courts exist to protect individual rights, we are not the instruments of anyone's political agenda, we are not empowered to court mass consequences we cannot predict and we are not impaneled to add indefinitely to the growing list of subjects on which the states of our Union and the citizens of our country no longer have any meaningful say.

More from Mic.com:
The 5 things we know and 5 things we don't about the latest Donald Trump and Russia reports
If Trump did in fact work with Russia to win the 2016 election, could he be impeached?
Trump's Muslim ban begs the question: Do Americans ever learn from past mistakes?