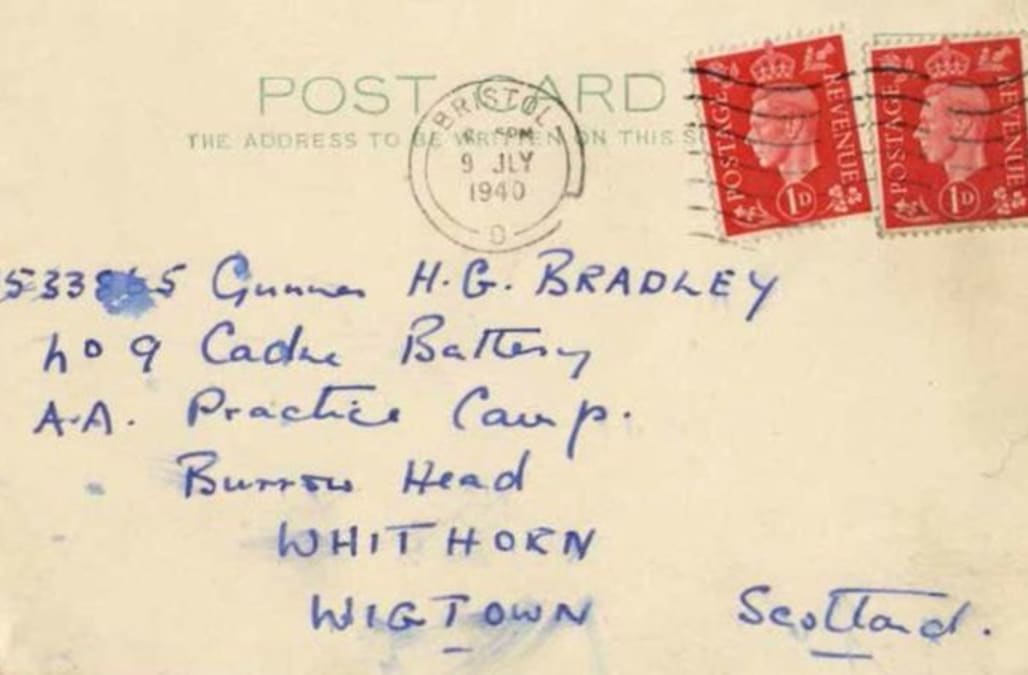 A forbidden love story that played out more than half a century ago has come to light after more than three hundred love letters were discovered in a trunk.

The secret romance between a World War II soldier and his male sweetheart emerged more than 70 years later after Mark Hignett, from Oswestry, Shropshire, began purchasing the letters from eBay.

Hignett owns a small wartime museum and collects war memorabilia to place on display. He says that he discovered the romance once he started transcribing the letters.

See photos to this story

Forbidden love: WW2 letters between two gay men
Up Next

The 300-letter collection detailed the love between soldier Gilbert Bradley and his lover -- who signed the letters with the initial "G". Decades later it was discovered that his pen pal's name was Gordon.

During WWII, Bradley was on military training and seemingly in love with Gordon, Hignett says. At the time, however, homosexuality was outlawed in the military, and soldiers could be shot for engaging in activity deemed homosexual.

Here is a sample from the collection:

... I lie awake all night waiting for the postman in the early morning, and then when he does not bring anything from you I just exist, a mass of nerves...

All my love forever,

The letters reveal Bradley's reluctance to serve as a soldier. At one point, Bradley apparently even pretended to have epilepsy to avoid being drafted into the Army.

But he was unsuccessful in his efforts and stationed at Park Hall Camp in Oswestry, Shropshire, in 1939 to train as an anti-aircraft gunner.

The love notes also appear to show that Bradley was in love with Gordon Bowsher before being drafted. The two met in 1938 at party when Bowsher was actually dating Bradley's nephew.

"Such letters are extremely rare because they were incriminating - gay men faced years in prison with or without hard labour," Hignett says. "There was even the possibility that gay soldiers could have been shot."

Hignett confirms that book preparations are already under way to accompany the letter display in the museum.