The US wants to check Chinese visitors' social media profiles 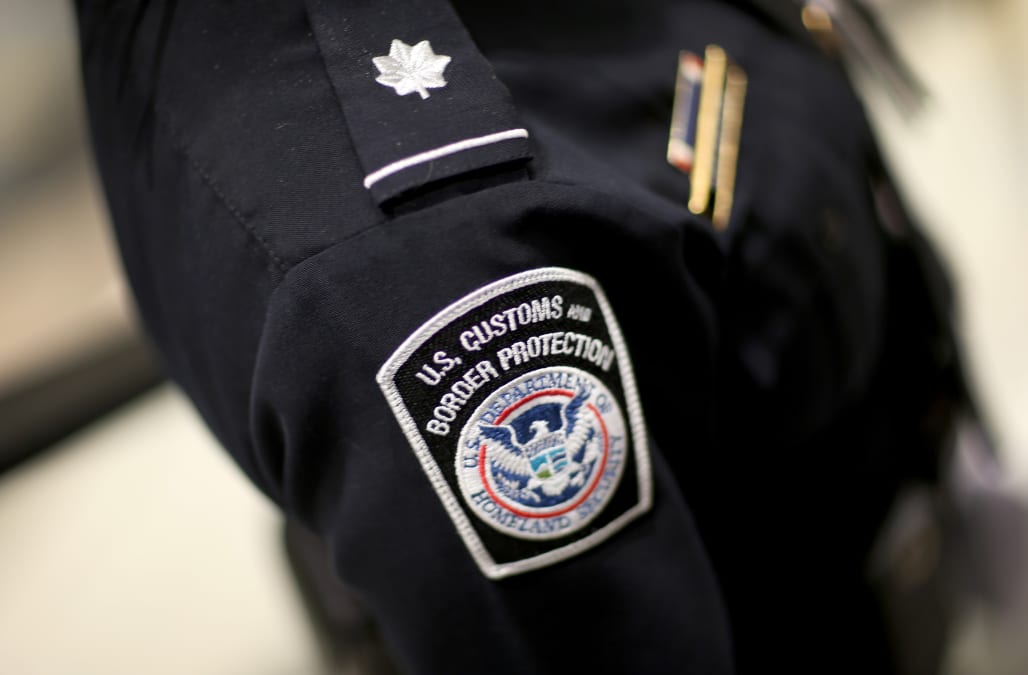 U.S. Customs and Border Protection (CBP) plans to publish a proposal asking travellers from China to disclose what social media platforms they use, and what their handles are, according to Politico.

Holders of business and visitor visas will be affected by the move — amounting to almost 3.6 million applicants per year, the proposal estimates.

However, travellers can choose not to disclose the information, and will still have their requests processed "without a negative interpretation or inference."

The move is meant to increase security as well as to "facilitate legitimate travel."

The Virginia-Tennessee state line is marked between the double yellow line on State Street in downtown Bristol.

Baarle-Nassau village, the Belgium/Netherlands border goes in the middle of the house.

Nancy Rumery, Haskell Free Library Director straddles the U.S.- Canada border line which runs through the library's International Reading Room. The U.S. is to the right.

The border between Spain and Portugal is clear because of the distinct difference in the road.

Sign in Finnish, Swedish and Northern Sami by Snow Covered Road at Border of Norway and Finland, Klipisjarvi, Lapland, Finland.

Tourists view the Iguazu Falls from an observation platform at the Iguazu National Park near the southern Brazilian city of Foz do Iguacu June 21, 2014. Forming a border between Argentina and Brazil, the Iguazu Falls, South America's largest falls, attract more than 1 million visitors a year.

Tatra Mountains is situated on the border between Poland and Slovakia and with 25 summits above 2500 meters, the Tatras is the highest range of the Carpathian Mountains chain. The state border of Slovakia and Poland runs along the main mountain ridge, starting with Laliove sedlo and leaving the High Tatras at Rysy peak, 2499 m. Seen from far left - Kasprowy Wierch Peak, 1,987 m, with station. Kasprowy Wierch Peak also delineates the border between Poland and the Slovak Republic. Swinica Peak, 2,301 m, in the center and the Slovak Valley of Valentkova Dolina on the right.

'The new steel beam border fence overlooks Nogales, Mexico. Since this section of new 18 foot tall fence has been completed in 2011, officials have cut the number of aliens entering the United States at this particular location drastically. However, only 685 miles of the 2,100 miles of common border between Mexico and the US have been fenced, and much of that fence is useless barbed wire or chain link. One mile of this new fencing costs from $1 million to $3 million dollars, and Arizona is using prison labor to cut down on costs. Fences will not totally deter illegal immigration - Nogales, for instance, is reputed to have more underground tunnels for smuggling people and drugs in the US than any other location along the border.'

Pedestrians cross the tarmac at Gibraltar International Airport in front of the Rock near the border with Spain in the British overseas territory of Gibraltar, historically claimed by Spain, June 24, 2016, after Britain voted to leave the European Union in the EU BREXIT referendum.

A huge crowd of Pakistani and Indian residents gather to watch the Pakistani and Indian border security forces perform their daily flag lowering ceremonies at the Wagah border post between the rival nations July 12, 2001. More than half a century after the hasty partition of the Asian subcontinent by departing British colonialists, relations between India and Pakistan are still dogged by hatred, suspicion and misunderstanding. Musharraf is due to visit India from July 14-16 for summit talks with Indian Prime Minister Atal Behari Vajpayee will focus the dispute territory of the Himayan region of Kashmir.

Mount Everest - also called Qomolangma Peak, Mount Sagarmatha, Chajamlungma (Limbu), Zhumulangma Peak or Mount Chomolungma - is the highest mountain on Earth, and the highest point on the Earth's continental crust, as measured by the height above sea level of its summit, 8,848 metres (29,029 ft). The mountain, which is part of the Himalaya range in Asia, is located on the border between Sagarmatha Zone, Nepal, and Tibet, China.

The public has 60 days to comment on the proposal before it will be formally considered.

A CBP spokeswoman said that travellers could submit social media information about "any platform" that they used.

The U.S. had already started scanning social media accounts last year, for people entering the country through its Visa Waiver Program. A majority of the travellers affected had been from Europe.

Customs has been reportedly demanding social media passwords at the border. Tips to stay safe: https://t.co/TjeRoSsqzo

you think customs would believe I don’t have social media accounts? They could search for them while detaining me.

This was later overturned, though a revised version of the order targeting the same seven countries is due to be issued soon.

BONUS: All 13 times the stars at the SAG Awards threw shade at Donald Trump

More from Mashable:
The 10 most iconic Maxine Waters moments
Apple Music's live radio channel finally comes to Singapore users
You can track someone's live location and where they live for just a couple of dollars