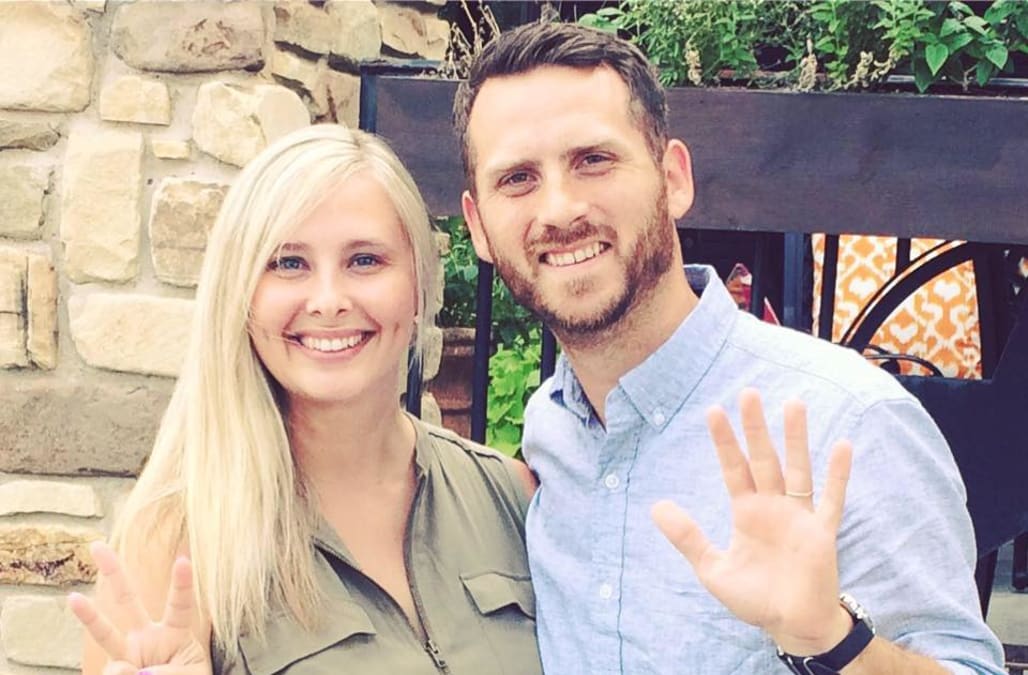 Keri Young recently received news that no mother wants to hear -- and she's choosing to do something few women would do.

The Oklahoma mom has been praised for her courage and selflessness in the face of a terminal diagnosis of her unborn baby.

She opened up on Facebook about how difficult it was to hear that the fetus, who she named Eva, had been diagnosed with anencephaly at her 20-week ultrasound.

"She has perfect feet and perfect hands. She has perfect kidneys, perfect lungs and a perfect liver. Sadly, she doesn't have a perfect brain," she wrote. "We found out recently she has anencephaly and is terminal."

According to the CDC, anencephaly is a birth defect in which a baby is born without parts of the brain and skull. It only occurs in about three in every 10,000 pregnancies.

Keri and her husband, Royce Young, have one other child -- a boy named Harrison. They were excited to welcome another member to their family, and told few people about the child at first, hoping to surprise everyone when they announced the sex of their baby.

"As we were leaving our church after dropping Harrison off at MDO we saw one of our dear friends that knew where we were headed. We rolled down the window and were very excitedly talking about our ultrasound," Keri wrote. "The last thing I said to her was, 'I hope it has a brain.'"

After receiving the devastating news, the mom wrote that she struggled with the decision, even though she was pro-life.

"For the next 20 weeks I will feel her kick, [I'll] have the hiccups, and we'll be able to hear her perfect heart beating all while knowing we'll only get a few short hours with her when she's born," Keri wrote.

At a later appointment with Keri's doctor, the couple learned they would be able to donate their unborn baby's heart valves, kidneys, liver and pancreas if she was carried to term. Other organs could be donated to research.

Ultimately, she decided to carry the unborn child to full term -- she said she realized that in the 24 hours of her child's life, she might be able to save 50 lives.

Keri noted in her Facebook page that the struggle is not over for the family. She said they will certainly have doubts about their decision. The baby is due on May 7, and she urged her Facebook friends to continue to think and pray for her family.

Royce penned a beautiful message for his wife, which was shared on the Love What Matters Facebook page: