Girl, 7, leaves line for baseball player's autograph to ask uniformed soldier to sign her ball instead 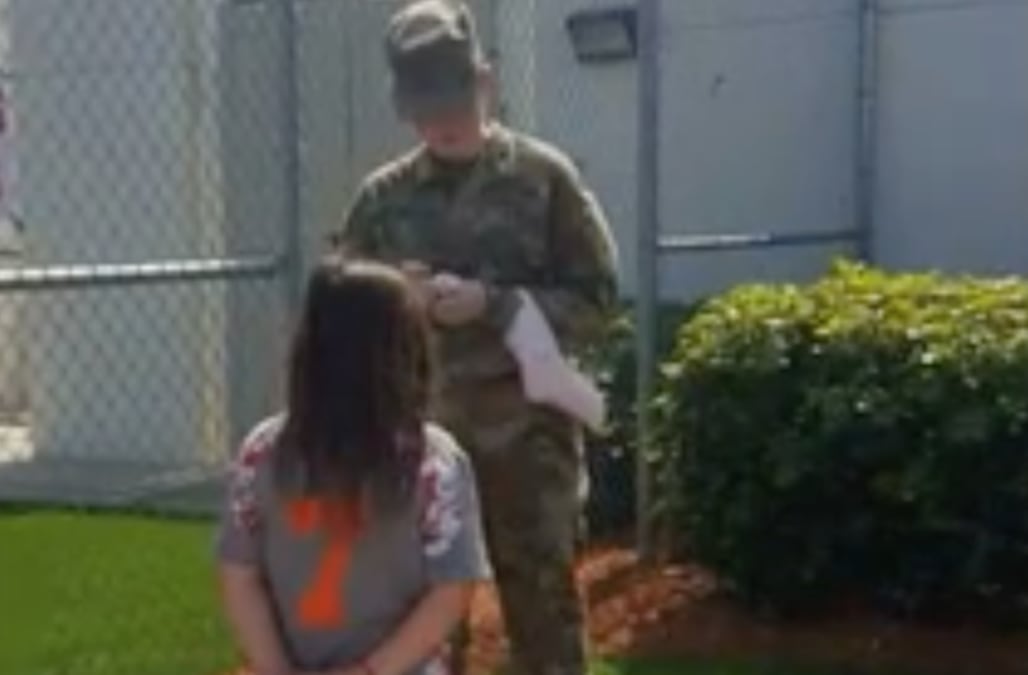 When this 7-year-old girl spotted a hero at a Boston Red Sox open house, she couldn't help but ask for an autograph... even though the hero wasn't a baseball player.

Makenna Woodburn, 7, was waiting in line for autographs from the team when she suddenly got out of line and approached U.S. Army Reservist Olyvia Russell, who had attended the event in her camouflage uniform.

"She came over to me and said, 'Can you sign my ball?'" Russell said in an interview with WINK News. "It's crazy she gave up meeting a celebrity just to talk to a soldier."

Russell is in her first year with the Reserves. She said because she's just started her career in the military, she's still fascinated by the attention.

"She's probably never seen a woman in uniform, there's not many of us out there," Russell said. "What I do is important, but there's men and women overseas who are risking their lives every day, and it's just really nice that she recognizes people like them. I'm just truly thankful for that."

Makenna said she now wants to save up her allowance money to buy a display case for her signed ball. She plans to bring it into show and tell at school next week.

Read: Military Father Surprises His Deaf Daughter By Entering The Room In During Their Skype Session

Watch: Girl, 14, Teaches Her Horse to Bow for Veterans: 'She Wanted to Show Her Utmost Respect'