You can see penguin poop from space 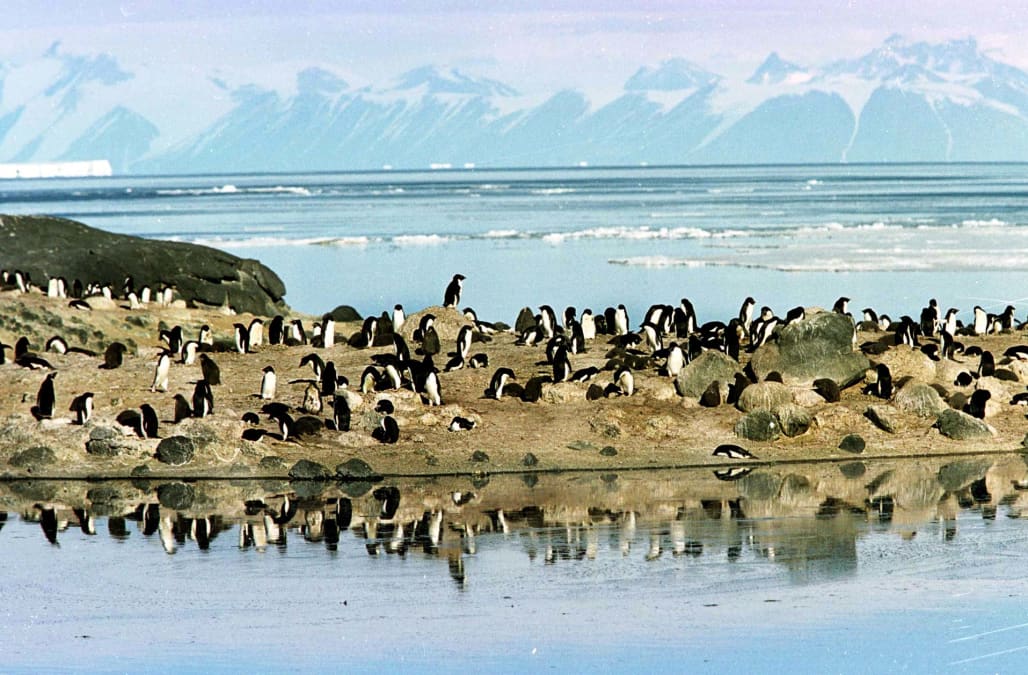 Penguins, the darlings of the frozen world, have quite a mess on their hands fins.

Scientists track penguin colonies via satellite image, and they count how many birds are in certain groups by measuring the quantity of feces near them. That's right, their poop can be seen from space.

Since the groups of penguins (which are called "rafts" while they in the water and "waddles" while they are on land) often breed in the same place for a long time, their area can get quite dirty -- especially in contrast with the white, snowy ground on which they dwell.

The dark waste helps absorb the heat from the sun, which melts the snow beneath them and creates a warm spot for them to nest.

Researchers can stay far away from the mess (and the deadly low temperatures of Antarctica) by surveying the waddles from space.

They like to keep a close eye on the dirty birds just in case conditions suddenly change and the creatures begin dying off.

See more photos of the waddles and rafts: