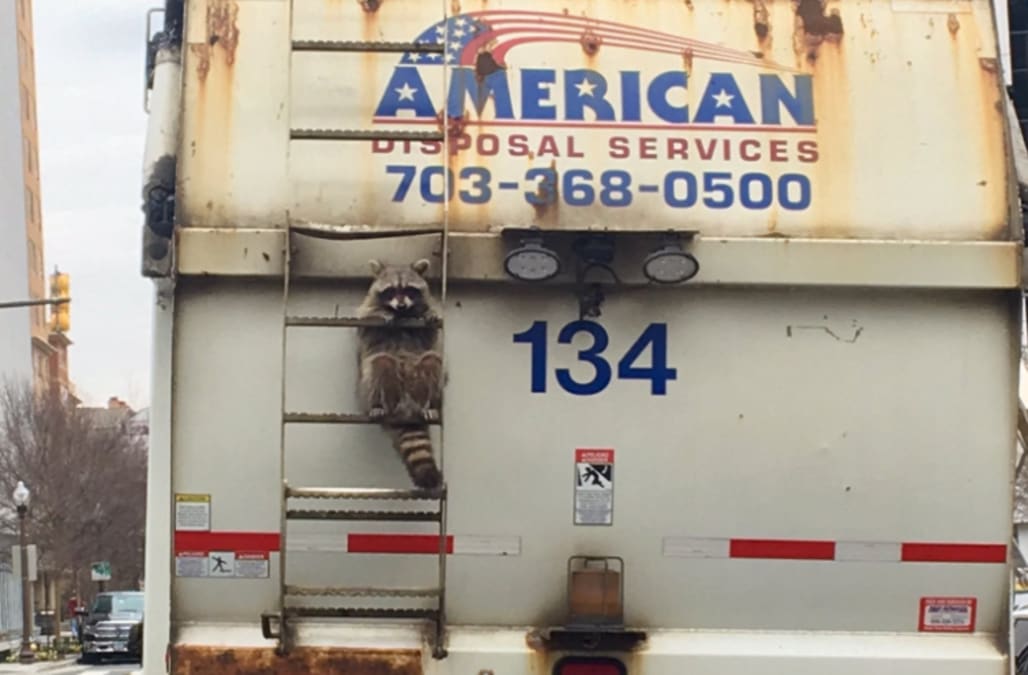 The level of chill this raccoon has reached is previously uncharted territory, honestly.

Politico reporter Helena Evich spotted the tiny trash hitchhiker Friday, clinging to the back of a garbage truck and apparently on its way to Rosslyn, Virginia.

This raccoon is having a rough morning-just wanted some trash & ended up in Rosslyn!

>And yes I alerted the driver pic.twitter.com/L3y3JFBpFx

Evich followed her original tweet up by saying that she called the truck company to "get the driver some help" and that they were "super responsive."

She also alerted the driver immediately to the situation.

People were immediately enamored with the little guy, who despite having travelled what could have been a long distance from its home, handled the situation in a relaxed way.

There's something about the trash panda's quiet calm that just evoked the spirit of an inspirational poster, and the internet delivered.

You inspire us, garbage raccoon.