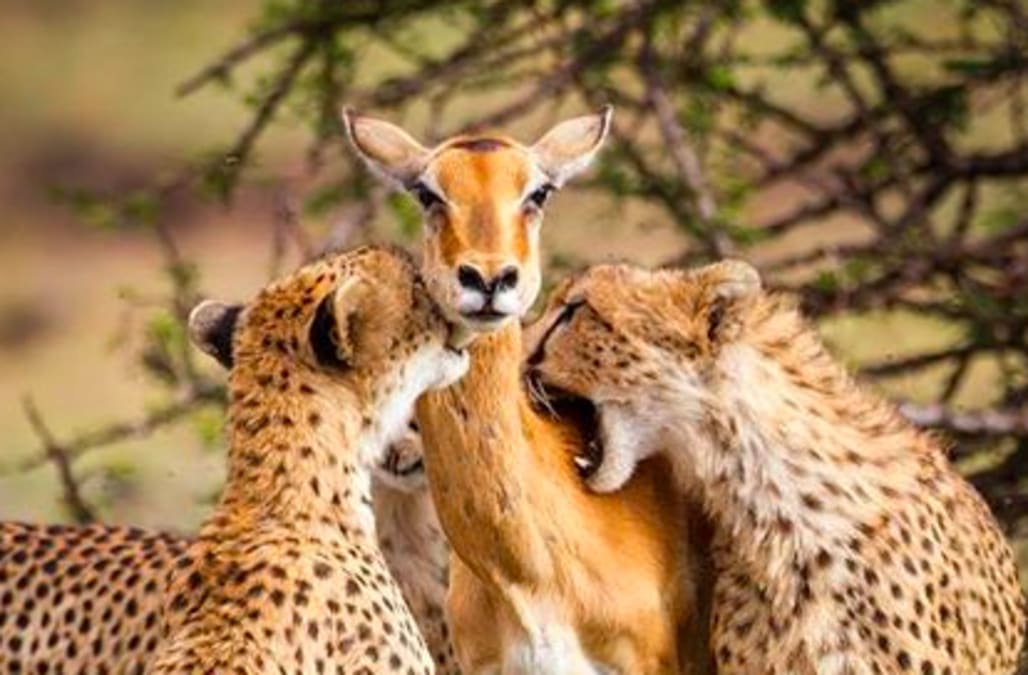 Recently, a story surrounding a powerful photo of an impala about to be killed by a cheetah circulated the internet: 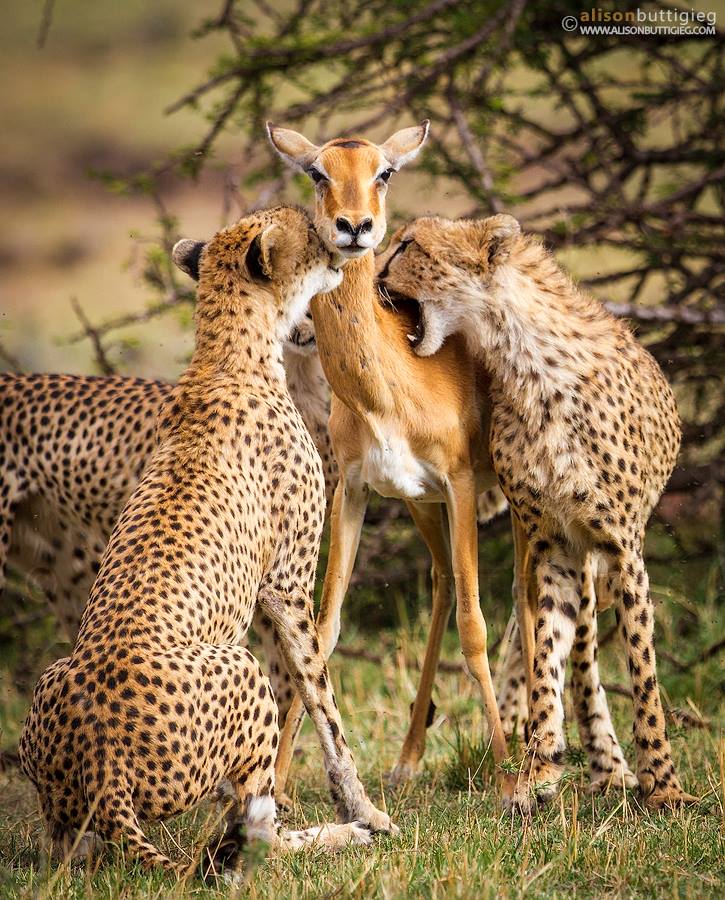 The story claims that the impala -- sometimes falsely called a deer -- sacrificed herself to the cheetahs to save her young. It also says that the wildlife photographer, Alison Buttigieg, fell into a depression after she took the stunning shot.

The tale, however, is complete fiction. Alison Buttigieg took to Facebook to share her frustration over the fake story and discussed how the photos actually came to be:

"A highlight of my photography career has turned into a nightmare," she said. She called the fake story sensationalism and merely a ploy for sites to get more views. "The photo with the fake story has been shared hundreds of thousands of times on various social media," she said. "What a vile world we live in, full of stupid gullible people spreading #fakenews like crazy."

She then links to the real story behind the photo. In actuality, the impala was used by a cheetah mother to teach her cubs how to hunt prey. The baby cheetahs, however, were more preoccupied with playing with the impala. Buttigieg figured that the impala was frozen with shock, hence its "calm" demeanor.

"It is disturbing how it seems to be posing in some photos, especially in the 6th one as if determined to stay beautiful and proud until it's very end," she wrote. "The defiance in its eyes are in stark contrast with its lack of interest in self-preservation."

"This allowed me to get unique pictures of a kill that are seemingly choreographed in their grace. I wanted the viewer to sympathize with the impala, and at the same time witness with me the disturbing nature of this unusual kill."

The cheetah mother eventually slew the impala herself.

Now that you know the real story, check out the breathtaking photo series here: