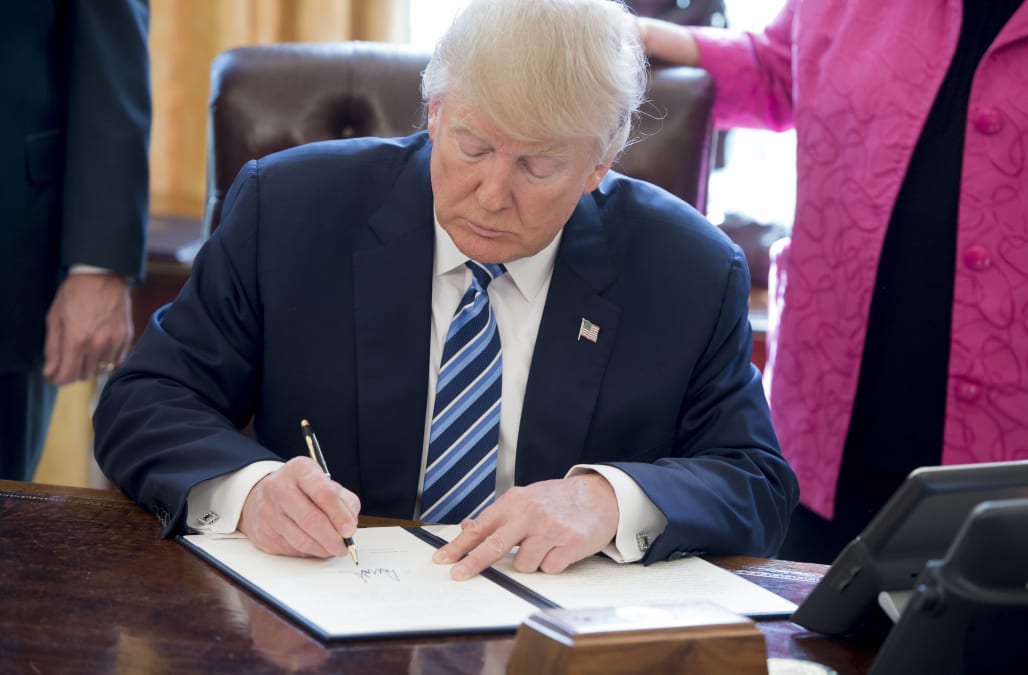 President Trump's approach to terrorism and national security is being shaped, at least, in part by a married couple named Sebastian and Katharine Gorka, according to a recent Politico profile on them.

Mr. Gorka is currently a deputy assistant at the White House but used to be Breitbart's national security editor.

Meanwhile, the New York Times reports that Mrs. Gorka is employed by the Department of Homeland Security but had previously spent time researching the "dangers of Islam."

The Gorkas are said to have long been vocal about their view that Islamic terrorism poses a threat to the U.S.

In fact, Politico states that "days after Trump won the election, [Mr.] Gorka showed what he acknowledged was a controversial PowerPoint slide featuring a dead ISIS fighter face down in the sand framed by a black background featuring white text that read: 'Now we can win.'"

Mr. Gorka has also previously said on Fox News, "We are going to eradicate ISIS. The president has made that commitment. Eradicate, not degrade like President Obama said, but destroy."

As such, he has openly defended Trump's controversial immigration order, saying, in part, "You cannot wait until an event occurs...You've got to outthink the enemy. That's why this executive order was brought, to prevent the next potential atrocity in America."

More from AOL.com:
A third of Americans don't know Obamacare and Affordable Care Act are the same
'SEE YOU IN COURT': Defiant Trump rails against appeals court ruling that slapped down his travel ban
Leaked EPA memo sheds light on internal chaos at the EPA