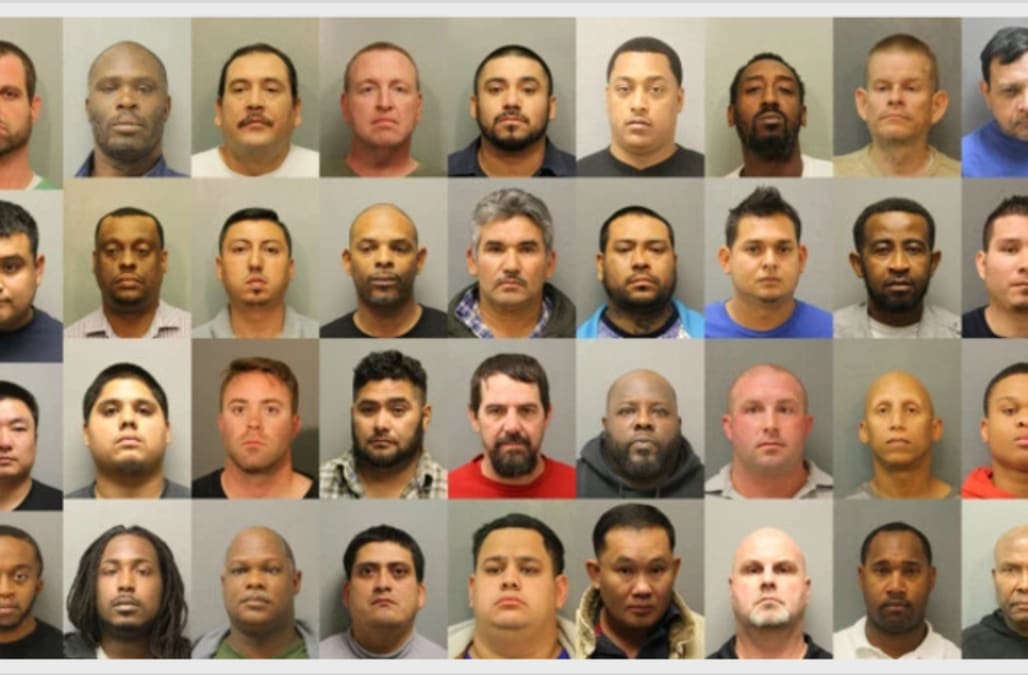 During Super Bowl weekend 522 would-be sex buyers or sex traffickers were arrested across the United States.

"Sex trafficking continues to destroy countless lives, and this broad national movement should send a strong message to prospective johns that their 'hobby' is much more than a 'victimless' crime," said Illinois Sheriff Thomas J. Dart in a press release.

"It's particularly meaningful that this sting culminated on the day of the Super Bowl, which unfortunately has emerged as a prominent haven for sex trafficking."

In Houston, where the Super Bowl LI was hosted this year, 183 "johns," or potential buyers, and 9 sex traffickers were arrested. Two firefighters, a retired police officer, and a Houston city employee were among those taken into custody.

One man who was arrested had his 4-year-old child with him while he tried to purchase sex.

"Houston was home to Super Bowl LI. As we welcomed the world to our city, we made it clear that there is no place for victimization and sexual exploitation."