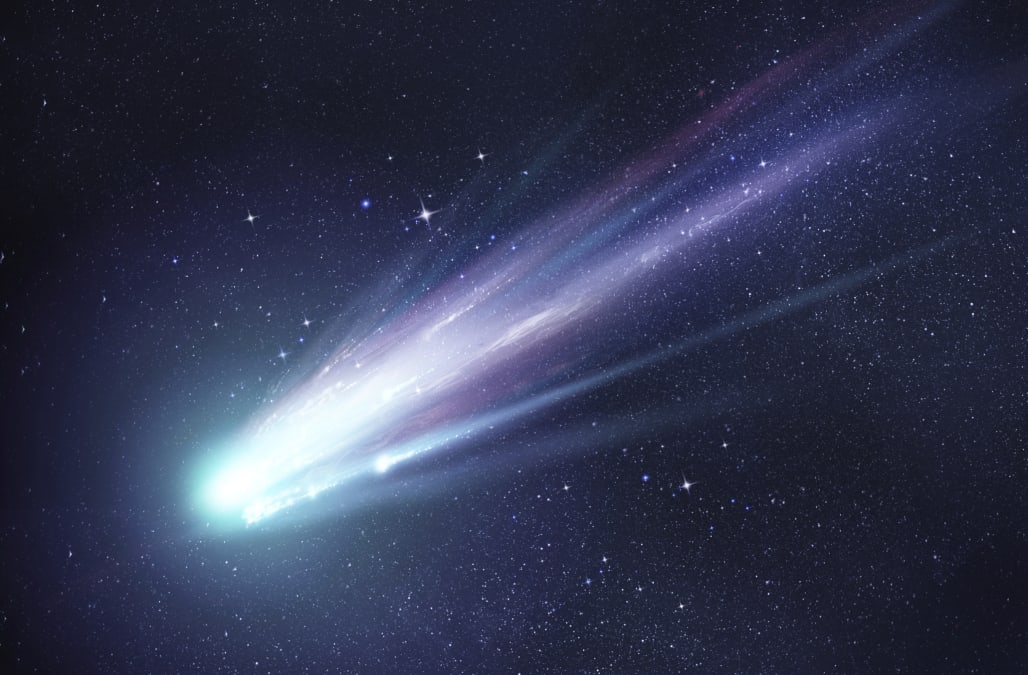 A team of astronomers in Garching, Germany, discovered a comet-like object in a distant galaxy that is similar in composition to the famed Halley's comet -- however, this one is about 100,000 times bigger.

The "comet" is in the process of being ripped apart and "scattered" in the atmosphere of a white dwarf, dubbed WD 1425+540, which is located approximately 170 light years away from Earth.

Siyi Xu of the European Southern Observatory, who led the team that made the discovery, says this is the first time nitrogen has been detected in the planetary debris that falls onto a white dwarf.

"Nitrogen is a very important element for life as we know it," Xu explained. "This particular object is quite rich in nitrogen, more so than any object observed in our solar system."

No word has been released yet on its magic wish-granting capabilities.

More from AOL.com:
Observatory releases one of the largest photos they've ever taken of space
This is what summer on the Red Planet looks like
Saturn's icy moon Enceladus may be habitable after all