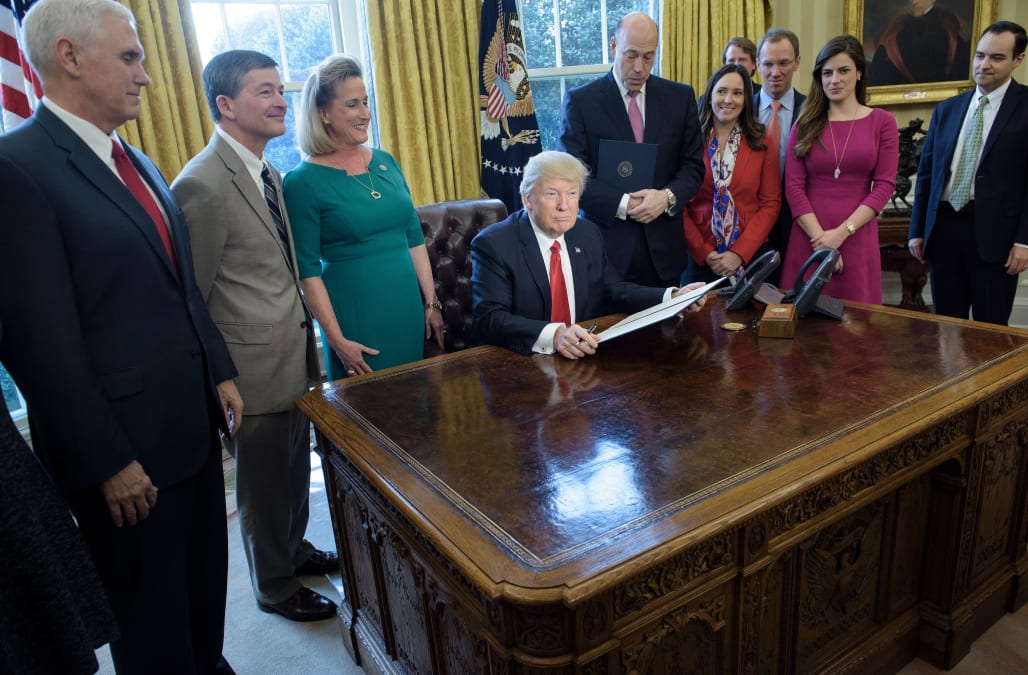 For several months, President Donald Trump has continued to hammer media outlets... saying they report fake news. A shocking new poll finds that voters may agree...some that they trust Trump more so than the media.

See more on Donald Trump and the media:

Trump New York Times Twitter rant
The failing @nytimes has become a newspaper of fiction. Their stories about me always quote non-existent unnamed sources. Very dishonest!
The failing @nytimes talks about anonymous sources and meetings that never happened. Their reporting is fiction. The media protects Hillary!
The failing @nytimes, which never spoke to me, keeps saying that I am saying to advisers that I will change. False, I am who I am-never said
If the disgusting and corrupt media covered me honestly and didn't put false meaning into the words I say, I would be beating Hillary by 20%
My rallies are not covered properly by the media. They never discuss the real message and never show crowd size or enthusiasm.
Up Next

The survey also found that about 90 percent of Republicans trusted the president's administration and said the media was dishonest, compared to the majority of Democrats who said the exact opposite.

In Trump's first press conference as president , he scolded a CNN reporter after they reported on an unsubstantiated Russian Dossier saying

"I am not going to give you a question. You are fake news."

Trump has continued his attacks on the media. On Monday he tweeted.... "Any negative polls are fake news, just like the CNN, ABC, NBC polls in the election."

But Trump Counselor Kellyanne Conway has praised CNN, saying the network did an amazing job covering several terrorist attacks. This was in response to a list his administration released of attacks it said were underreported. Conway also clarified that

Although maybe she should get the message to her boss, who once again tweeted early Thursday CNN was "fake news."

More from AOL.com:
What is Donald Trump really eating?
Trump: 'Any negative polls are fake news'
Trump agrees to meet NATO leaders in Europe in May