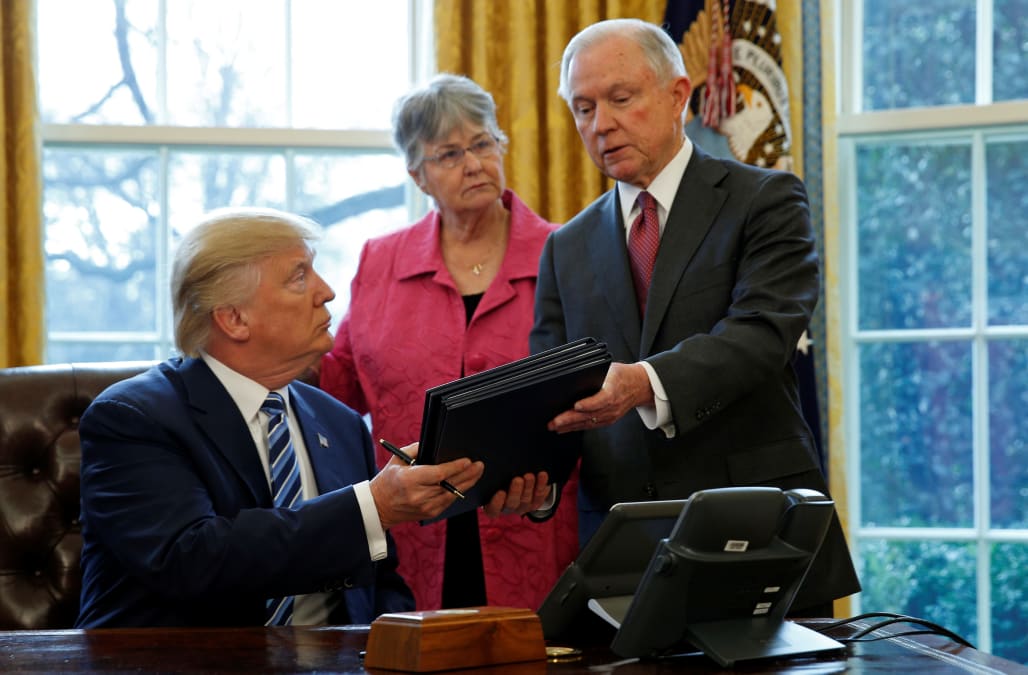 In the announcement, Trump said, "I am directing the Department of Justice and Homeland Security to undertake all necessary and lawful action to break the back of the criminal cartels that have spread across our nation and are destroying the blood of our youth."

The second order creates a task force aimed at reducing crime and improving public safety. The task force, which will be chosen by Sessions, will develop strategies to reduce crime. That could include proposing new legislation.

The three executive orders also come just one day after Trump held what the administration calls a listening session with county sheriffs from around the nation.

During his presidential campaign, Trump pledged to do more to support law enforcement.