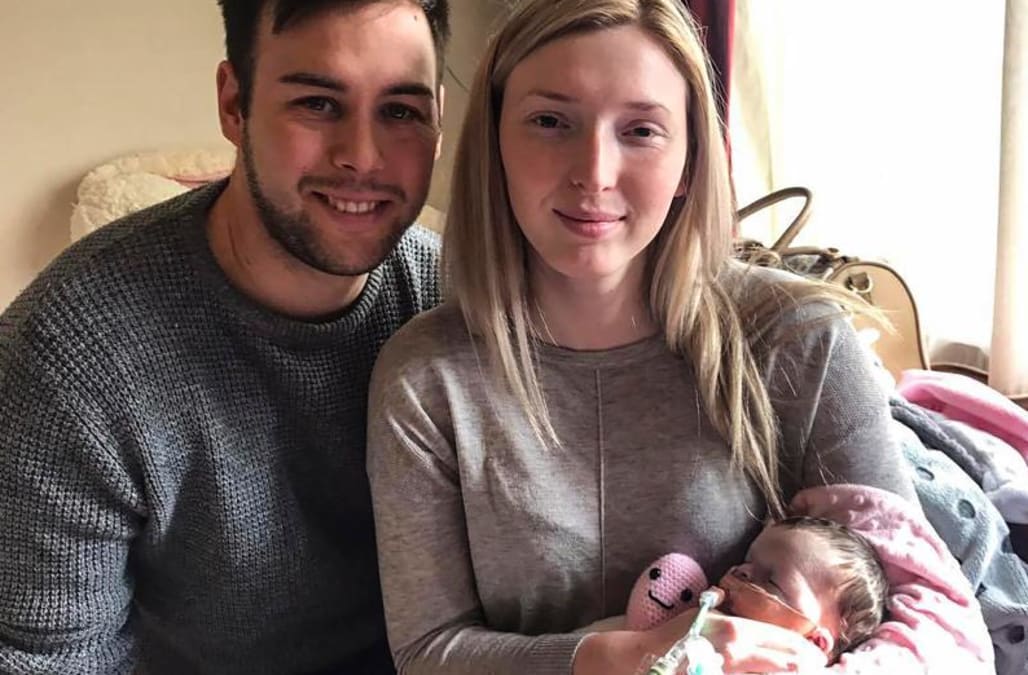 A young mom shared moving photos of the two weeks she spend with her new born after she passed away, according to recent reports.

Charlotte Szakacs, 21, and her husband Attila, 28, were devastated upon receiving news from doctors that their new baby girl Evlyn was diagnosed with a debilitating chromosome abnormality during a 20-week scan in last September.

"When we got the news after the 20 week scan, Attila and I completely broke down," Charlotte told reporters. "I think we broke down more then than when we lost her because at that point we just had no idea what it all meant."

When Evlyn was born in December, she weighed 5.5 in lbs. Her brain was said to be underdeveloped and she had narrow airways in her nose and lungs.

She lived for four weeks until she passed in the parents' arms in early January.

"Evlyn was moved to the hospice on January 10 and I have never seen her so calm," Charlotte said."We got to hold her and cuddle her properly for the first time for an hour before they turned off the ventilator."

See more photos of this story:

The pair remained at the Martin House Hospice in Wetherby, West Yorkshire, for 12 days while Evlyn was refrigerated in a 'cuddle cot.'

They also took home Evlyn for four days before her funeral services on January 26.

"We stayed at the hospice for 12 days and would take Evlyn out of her cuddle cot for five to ten minutes for cuddles or to go for walks around the garden with her," Charlotte said.

SEE ALSO: Woman, baby dead in apparent murder-suicide after she tells husband, 'You don't deserve to have a son'

"The funeral was really difficult because then reality really started to kick in. Even though we're in so much pain now, it is a relief to know that Evlyn is in a better place," said.

"I would love to have her here, I would give so much to have that, but we have no idea what her life would have been like. At least now she isn't suffering."

The couple has since been met with an outpour of sympathy on social media after sharing their story.