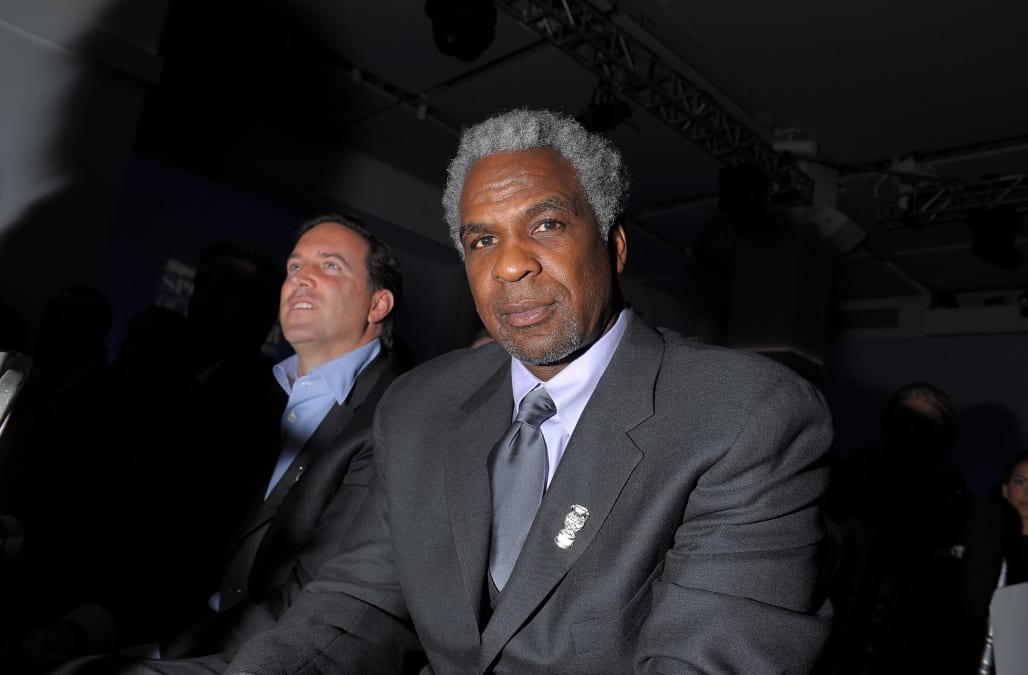 Former NBA big man and New York Knicks forward Charles Oakley was arrested during the Knicks-Clippers game on Wednesday after a physical altercation.

Early in the first quarter, play stopped as cameras caught Oakley getting into a shoving match near the court.

He was quickly surrounded by security as he was physically escorted out of the game.

According to ESPN's Ian Begley, it appeared to be directed at Knicks owner James Dolan.

ESPN's Doris Burke said during the broadcast that Oakley was trying to get to Dolan when the incident occurred.

Begley also noted that as Knicks president Phil Jackson tried to calm Oakley down as he was removed from the game, Oakley blamed Dolan for the incident.

Here's the video of the altercation:

The Knicks released a statement shortly after:

Oakley played ten seasons with the Knicks from 1988 to 1998. He was a vital player and a fan favorite during the Knicks' championship run in 1993-94.

As ESPN's Mike Breen noted during the incident, Oakley has a bad relationship with the Knicks and the Madison Square Garden company. New York Times' Scott Cacciola also detailed the estranged relationship, with Oakley saying he tried to mend the relationship.

NOW WATCH: Here are the 4 best ads of Super Bowl 51