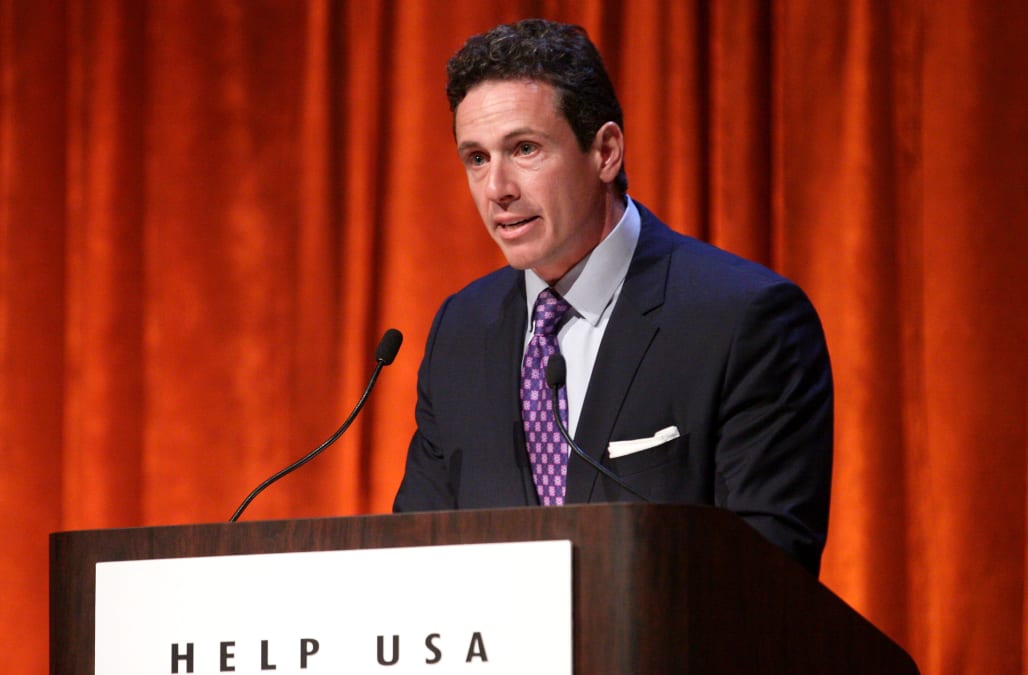 CNN Anchor Chris Cuomo apologized for comparing the term "fake news" to "the n-word." On a radio show Cuomo said as a journalist, being called "fake news" is the equivalent of "the n-word."

"It's like an ethnic disparagement," Cuomo said. "We all have these ugly words for people, that's the one for journalists."

RELATED: Chris Cuomo through the years

Cuomo tweeted out his apology saying, "I was wrong. Calling a journalist fake-nothing compared to the pain of a racial slur. I should not have said it. I apologize."

I was wrong. Calling a journalist fake -nothing compared to the pain of a racial slur. I should not have said it. I apologize https://t.co/TJGUgWz9Q2

President Donald Trump has repeatedly referred to CNN as "fake news" since he won the White House last year. Cuomo's initial comments were made in response to a tweet from President Trump, in which he refers to one of Cuomo's recent interviews as "fake news."

SEE ALSO: CNN host to Trump: Being called 'fake news' is 'like an ethnic disparagement' for journalists

"Chris Cuomo, in his interview with Sen. [Richard] Blumenthal, never asked him about his long-term lie about his brave 'service' in Vietnam," Trump tweeted on Thursday. "FAKE NEWS!"

(By Nick Cardon for Veuer, AOL contributed to this report)

More from AOL.com:
CNN host Chris Cuomo to Trump: Being called 'fake news' is 'like an ethnic disparagement' for journalists
Kellyanne Conway flips the script: 'I don't think CNN is fake news'
'You got that?': Jake Tapper takes aim at Trump characterizing anything negative about him as 'fake'