Thousands of dead bees wash up on Florida beach 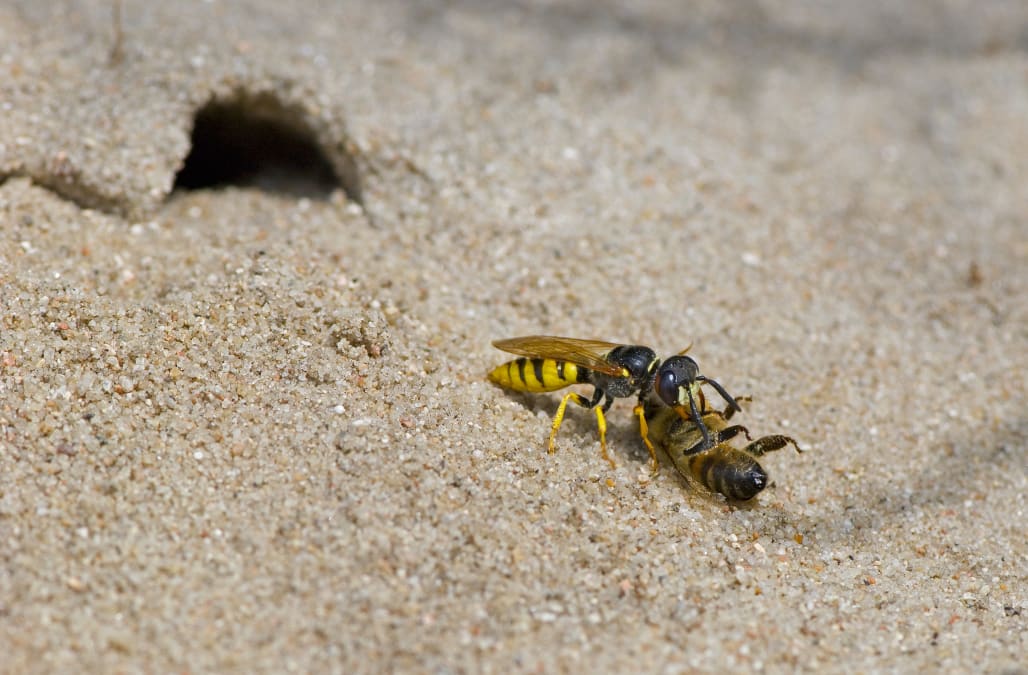 A Southern Florida beach town is abuzz with speculation after thousands of dead bees washed up on one of its shores with no clear-cut explanation as to how they died.

Some visitors to Lowdermilk Park Beach in Naples, Florida, said they didn't find out about the hoards of insect bodies plaguing the shore until it was too late.

"I've been stung a couple of times and at first, I didn't know what it was," beachgoer Martha Duff told NBC Miami. "Then I realized and then I had an allergic reaction."

Residents have naturally expressed their concerns over the mysterious deaths.

Learn more about the insects:

"Why are there bees? Where are they coming from? And why are they in a very specific area of the beach?" asked Duff.

A group of bee experts told WBBH that it is very uncommon for dead bees to wash up on a beach en masse like this.

The group claims that the deaths could have resulted from nearby pesticide spraying, which might have forced the bees into the water.

They even said it was possible that the swarm could have became exhausted while flying and collapsed into the water.

Naples officials said maintenance crews were investigating the problem in order to uncover the true cause of death and put residents at ease, according to Fox News.