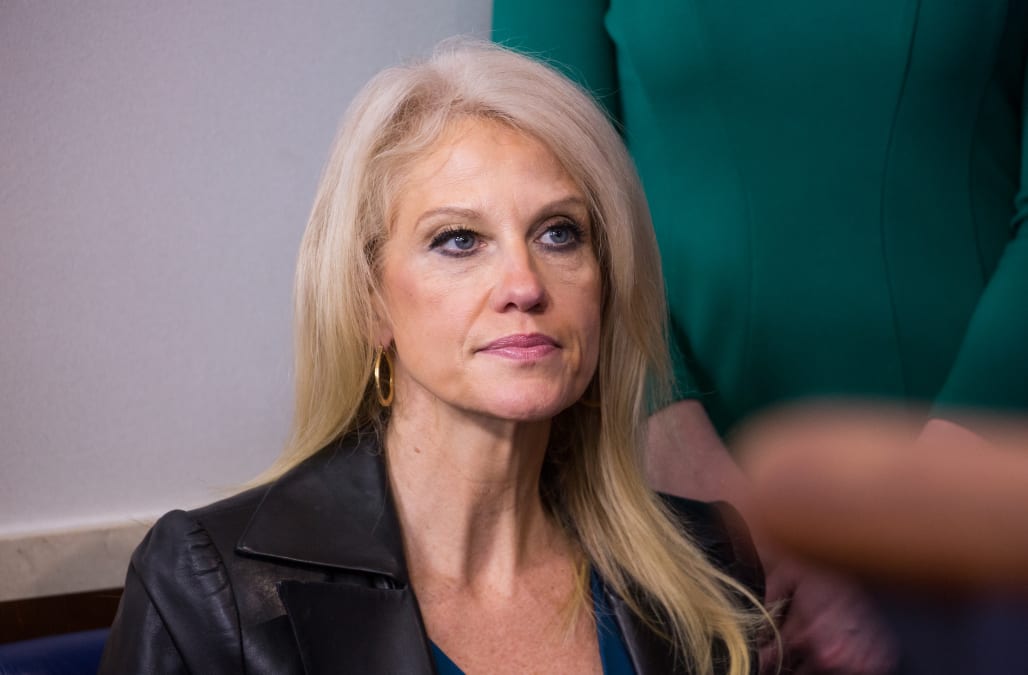 Conway said in a phone interview with Cosmo on January 29th that Obama had called for a temporary ban on Iraqi refugees after the nonexistent "Bowling Green massacre."

Related: Kellyanne Conway since the election

"Why did he do that? He did that for exactly the same reasons. He did that because two Iraqi nationals came to this country, joined ISIS, traveled back to the Middle East to get trained and refine their terrorism skills and come back here and were the masterminds behind the Bowling Green massacre of taking innocent soldiers' lives away," Conway told the magazine.

The Obama administration did in fact review the refugee program from Iraq after the incident in Bowling Green, but did not outright ban refugees in the way that Trump's executive order has.

Two Iraqi refugees in Bowling Green, Kentucky were arrested in 2011 and indicted on federal terrorism charges accusing them, in part, of providing material support to Al Qaeda in Iraq, but no attack ever took place. The refugees were ensared in a FBI sting operation.

When Cosmo reached out to the FBI about Conway's account, an FBI spokesman told the magazine that their facts were "incorrect."

Cosmo didn't publish Conway's remarks initially, but on Friday, Conway told the same story on "Hardball." Immediately, she corrected herself issuing tweets saying that she misspoke, saying she meant to say "Bowling Green terrorists" and not "Bowling Green massacre."

In an interview with Fox News' Howard Kurtz on Sunday, Conway again defended the legitimacy of her story.

"I misspoke one word. The corrections in the newspapers that are attacking me are three paragraphs long every day," she added.