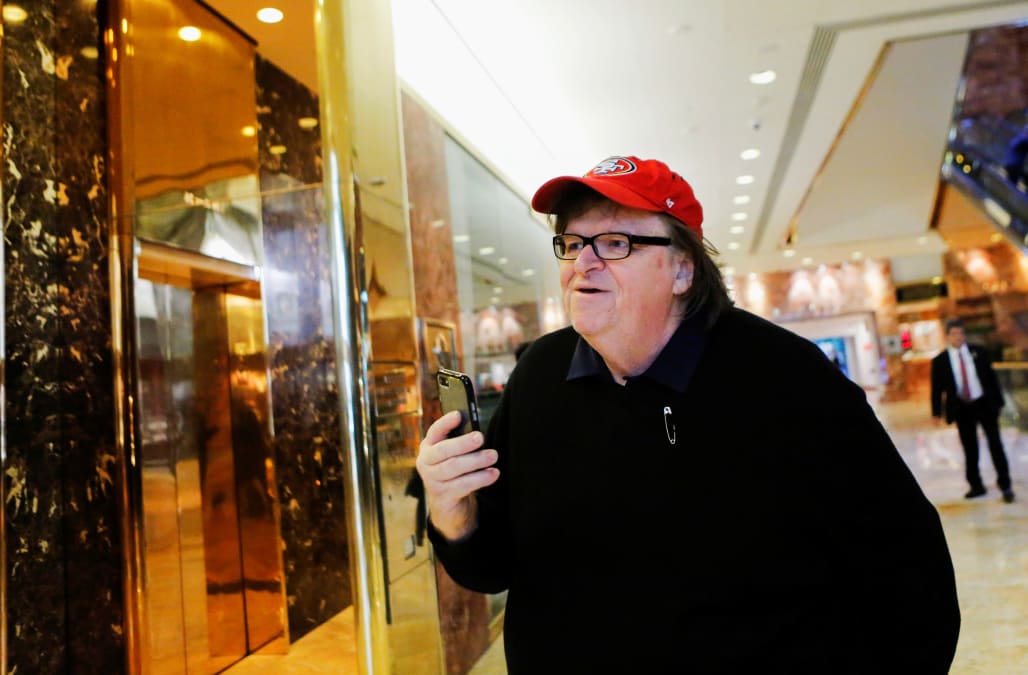 Michael Moore mocked President Trump on Saturday for criticizing the judge who ruled against the immigration order.

The documentary filmmaker tweeted, "Thank you, So-Called President Trump! I've been struggling for 2 weeks over what to call you, and your tweet here gave us the answer."

His post was in response to Trump's earlier tweet which read, "The opinion of this so-called judge, which essentially takes law-enforcement away from our country, is ridiculous and will be overturned!"

The target of Trump's disapproval is U.S. District Judge James Robart who issued a temporary stay against the administration's immigration order on Friday.

Lawmakers and others have also criticized the president's comment; Senator Chuck Schumer tweeted, "POTUS's attack on Judge Robart shows a disdain for an [independent] judiciary that doesn't bend to his wishes & lack of respect for the Constitution."

Republicans have been less vocal, but Senate Majority Leader Mitch McConnell said onCNN, "I think it's best not to single out judges for criticism."

More from AOL.com:
Trump urges Republicans to 'go nuclear' to get Gorsuch confirmed
Obama in a backwards hat has Twitter in chaos
Trump's chief strategist Steve Bannon: 'No doubt' the US will be at war with China in the next few years