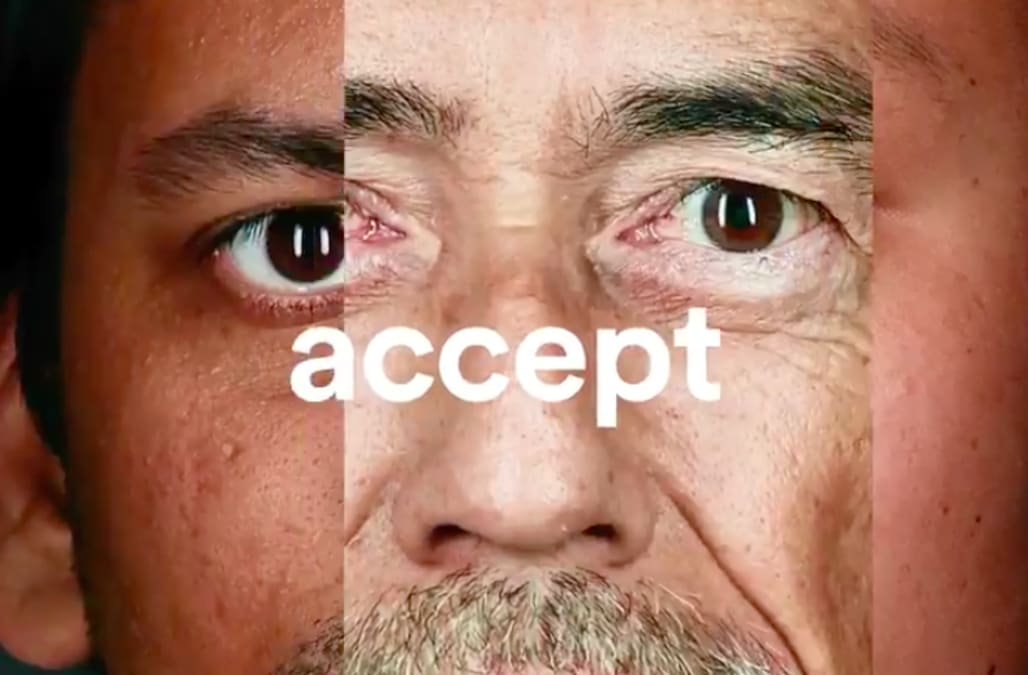 Only two weeks into President Donald Trump's time in office and an increasingly tense political climate, it was nearly inevitable that commercials during the Super Bowl this year would have more of political slant than normal, and one in particular seems to have both resonated and agitated more than the others.

"We believe no matter who you are, where you're from, who you love, or who you worship, we all belong," read the text that appeared over sweeping pictures of people from multiple demographics.

Twitter reacts to Airbnb's #weaccept ad
This is who we truly are - We work together. We stand together. We are one nation. We are one people. @Airbnb @bchesky #weaccept together
Congrats to Airbnb on spending $16M on a commercial that the majority of the country disagrees with you on. #weaccept
#weaccept all people searching for a better life for their children All of us are here for that same dream #TheResistance
Nine multicultural commercials during superbowl. Do we GET IT yet? #weaccept #TheResistance
Really love the #weaccept commercial by Air BnB! Beautiful 💙
The only good commercial is #weaccept. Everything else is weak sauce especially that one promoting OIL... wth.
And @Airbnb continues to show us the world that we should strive to build. It's always been my favorite startup story. #weaccept
Why are conservatives so angry with Airbnb? It's as if they hate the idea of accepting different cultures, religions & lifestyles. #weaccept
Proud to see a super bowl commercial that promotes peace, diversity, and acceptance ❤ #weaccept
#weaccept That liberals are not the morally superior people they pretend to be.
Up Next

"The world is more beautiful the more you accept." The hashtag #weaccept began trending worldwide on Twitter shortly after the ad ran.

Acceptance starts with all of us. #weacceptpic.twitter.com/btgqyYHVTK

Many online celebrated the message. "Thank you @Airbnb for leading out front! Love and appreciate you for this strong stance you've taken!" said one Twitter user.

Former Attorney General of the United States Eric Holder also tweeted his appreciation saying, "This is who we truly are - We work together. We stand together. We are one nation. We are one people."

The ad follows President Trump's controversial executive order which temporarily banned America's borders to all refugees and to citizens of seven Muslim-majority countries.

Some noticed that the ad pointed to a shared theme for a lot of ads during the big game. "A huge theme for #SuperBowl 51 commercials are unity, many races many colors it's who we are rich in culture and diversity."

Others online, however, were not happy to see the political and sports worlds collide. "I just threw up in my mouth when I saw the #weaccept commercial. Liberals still can't take the L from November," tweeted one user.

Airbnb CEO Brian Chesky also announced plans to "provide short term housing over the next five years for 100,000 people in need," and donate "$4M over 4 years" to International Rescue Committee.