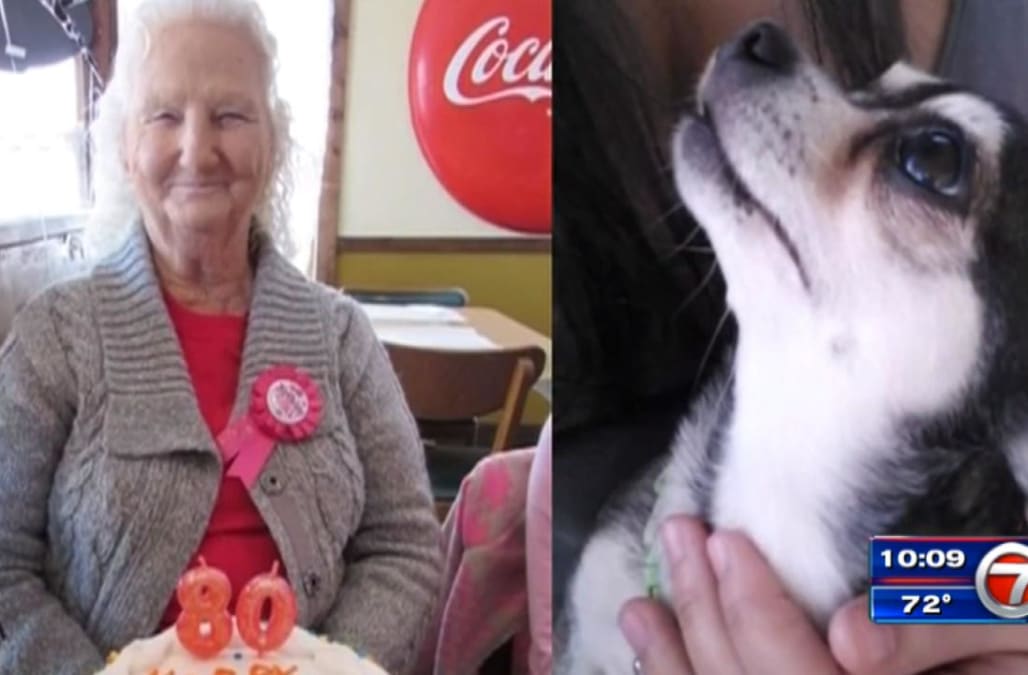 A Florida grandmother died Wednesday while saving the life of one of her neighbors.

80-year-old Emma Kelsoe was chatting with her neighbor in Davie Wednesday evening when cops say a driver sped toward them.

While McCall suffered only minor injuries, Kelsoe was killed.

The grandmother of 15 had been out walking her granddaughter's Chihuahua when she was fatally struck. The dog was also killed.

Now cops say this is not just the tragedy of a beloved neighborhood woman's death — it's an unsolved crime.

Surveillance video from the scene shows the car driving off after plowing into the woman.

Witnesses told police there may have been two people in the car, but no one got a good look at them.

Police are now in search of a dark, black or dark blue, car, possibly a Toyota Corolla.

As law enforcement take on the task of hunting down those responsible for her death, Kelsoe's community has banded together to remember her as the hero she was.

A memorial started Thursday afternoon when WSVN reports that some of the officers who responded later returned to the scene to honor the hero.

"I'm just trying to pay respects to a woman and her family," a Davie police officer said.

The memorial reportedly grew into the evening. Among her loved ones attending was Kelsoe's granddaughter.

"I just want that person to know what they took from us," Sara Rivera said. "They took a great-grandmother of over 15 grandchildren, and it's really hard to see something like this happen, and you just want justice, honestly."