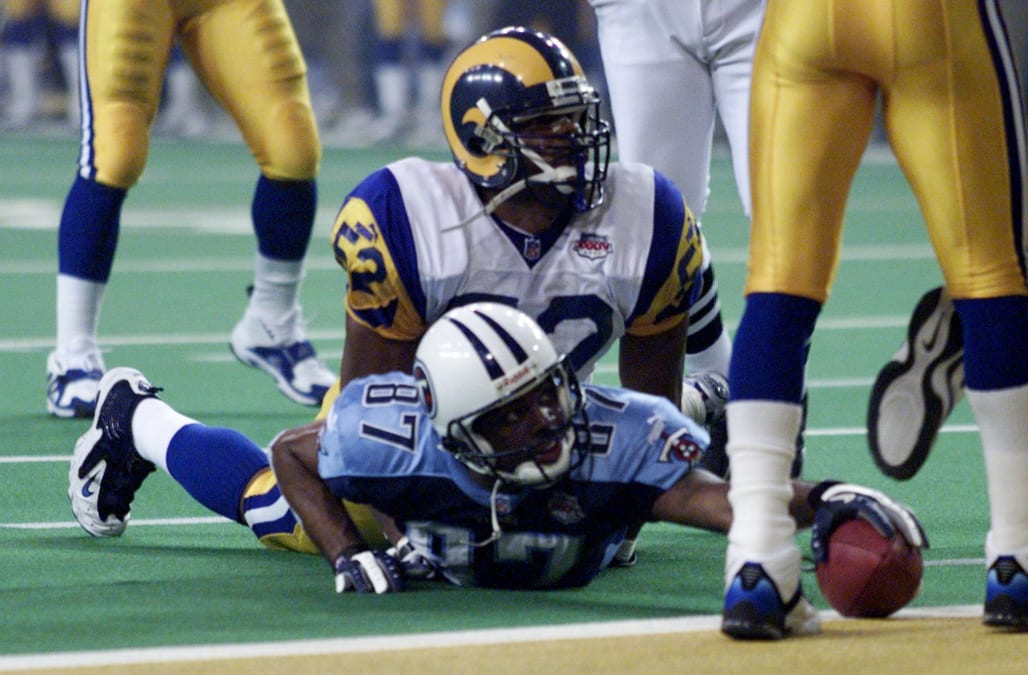 The Atlanta Falcons and New England Patriots are just about ready to face off in Super Bowl LI on Sunday, a game that contains too many interesting storylines to keep track of.

We'll see the NFL's highest-scoring offense in Atlanta take the field against its stingiest defense. Matt Ryan, who's widely expected to be named Most Valuable Player on Saturday, will face off against perhaps the best quarterback of all time in Tom Brady (who'd probably win MVP if he hadn't been suspended for four games at the beginning of the season). Those two captain the most versatile attacks in the league -- a record 13 Falcons caught touchdown passes in 2016, while the Patriots are famous for coaching up virtual unknowns such as James White and Chris Hogan into invaluable contributors.

It's a mouthwatering matchup set up to be a classic, given the stakes of Brady aiming to sew up his GOAT status against an ultimate underdog of a franchise that's never won a championship.

When the final whistle blows, will this Super Bowl go down as one of the best in NFL history? Let's take a look at the most exciting games to ever decide the winners of the coveted Lombardi Trophy.

In these rankings, late-game drama will be emphasized above all else.

John Elway's helicopter run is the play that's cited most often from this game. But that happened in the third quarter to help put the Broncos up 24-17, and there was still plenty of football to be played.

The defending champion Packers tied it up early in the fourth quarter, but Denver would pull back ahead on Terrell Davis' third rushing touchdown of the game with just under two minutes left. Green Bay's ensuing possession stalled out at the Denver 35-yard line, handing Elway his first Super Bowl victory in four tries.

Adam Vinatieri essentially sealed his title as the sport's most clutch kicker of all time by converting a 41-yard try with four seconds left. His counterpart, John Kasay, greatly aided New England's cause by sailing Carolina's final kickoff out of bounds, setting up the Patriots with fantastic field position for their go-ahead possession.

This was the first of four consecutive Super Bowl appearances for the Bills. They infamously lost every one, but none was as agonizingly close as their initial shot at glory.

The Giants effectively kept Buffalo's high-octane offense off the field by controlling the ball for more than 40 minutes of game time. Nevertheless, a heroic last-ditch drive from Bills QB Jim Kelly set up kicker Scott Norwood for a 47-yard field goal attempt with seven seconds remaining. Norwood pushed it wide right, however, and a four-year string of title game ineptness began in cruel fashion.

This was the first Super Bowl ever to be won on the final play, a feat clinched when Adam Vinatieri knocked a 48-yard field goal through the uprights to upend the heavily favored Rams and begin the Brady-Belichick dynasty.

Brady's game-winning drive was a thing of beauty that kickstarted his legendary playoff legacy, but it was Belichick's shockingly effective defensive game plan against St. Louis' league-best offense that kept the Patriots close throughout.

It feels as though this deeply odd game will be one of those stellar championships that's forgotten by many as time goes on and matchups between more nationally popular teams stack up. But that'd be unfair.

In a coaching clash between the brothers Harbaugh, the Niners found themselves down 28-6 early in the third quarter when the power suddenly went out at the Superdome. After a 34-minute delay, the lights came back on and San Francisco woke up.

Colin Kaepernick finally figured out the Ravens defense and had the 49ers primed to pull off the biggest comeback in Super Bowl history, down five points facing a 1st-and-goal opportunity with just over two minutes left. But three straight passes to Michael Crabtree on the right side of the field all fell incomplete, and Baltimore held on after conceding a safety to help run out the clock.

This was the only of Joe Montana's four Super Bowl victories in which he didn't win the game's MVP award. That went to Jerry Rice, who reeled in 11 receptions for a Super Bowl record 215 yards and a touchdown.

But this was arguably Montana's finest moment, as he got the ball with 3:20 remaining needing a field goal to tie and a touchdown to win -- then proceeded to guide San Francisco on a 92-yard drive that sunk regular season MVP Boomer Esiason and the top-rated Bengals offense.

The first NFL championship of the new millennium marked the beginning of the modern, offensive-minded era that's birthed an incredible run of electrifying championships. Fittingly, Kurt Warner (24-for-45, 414 yards, 2 TDs) and the Rams were officially crowned The Greatest Show on Turf in Atlanta soon after Warner connected with Isaac Bruce on a 73-yard go-ahead touchdown in the waning moments.

Of course, Steve McNair nearly willed Jeff Fisher's crew to the title with a last-gasp drive that came up just a half-yard short when Rams linebacker Mike Jones stopped Kevin Dyson with "The Tackle." That likely qualifies as the most nerve-wracking final play in any Super Bowl, but a rather droll first half means this game doesn't quit crack the top three.

Warner was on the other side of a classic Super Bowl this time in a game that was a thriller from start to finish. Steelers linebacker James Harrison's 100-yard interception return to put Pittsburgh up 17-7 on the last play of the first half could have broken Arizona's spirit, but the Cardinals hung in there.

Some heroics from Larry Fitzgerald -- who would have been remembered as the key figure of this postseason had the Cardinals won -- on a 64-yard touchdown gave Arizona its first lead at 23-20 with 2:37 left. But Ben Roethlisberger sealed his signature moment, manufacturing a comeback drive for the ages that ended with Santonio Holmes' picture-perfect tiptoe catch in the back corner of the end zone.

Seahawks offensive coordinator Darrell Bevell's decision to pass on second down from the 1-yard line with 20 seconds left and Marshawn Lynch in the backfield (and one timeout left!) will always be second guessed, and rightfully so. But this game was about more than just a single questionable coaching decision.

Remember the Jermaine Kearse catch that preceded Malcolm Butler's interception? How about the Patriots putting up 14 points in the final quarter to set up Seattle's fateful faux pas? And Chris Matthews (four receptions, 109 yards, one touchdown) coming out of nowhere to lead the Seahawks in receiving? Matthews' dominance led to Belichick benching cornerback Kyle Arrington -- and inserting Butler in his place. This battle between the NFL's top two teams was about as good as it gets, but there's one that tops it due to its massive historical significance.

Patriots owner Robert Kraft began the process to trademark "19-0" and "Perfect Season" before New England had even won the AFC Championship over San Diego -- a process that inexplicably ended this week in the team's favor.

But we all know how the Patriots really finished that season: 18-1. And that's thanks to one of the greatest upsets in sports history, which was sparked by one of the best plays in NFL lore: The Helmet Catch.

That set up Eli Manning's 13-yard touchdown pass to Plaxico Burress with 35 seconds left, marking a Super Bowl record third lead change in the fourth quarter. You couldn't have asked for a more exciting finish for what was then the most-watched Super Bowl of all time on a potentially historic night -- or a more nightmarish conclusion to New England's otherwise fairytale season.