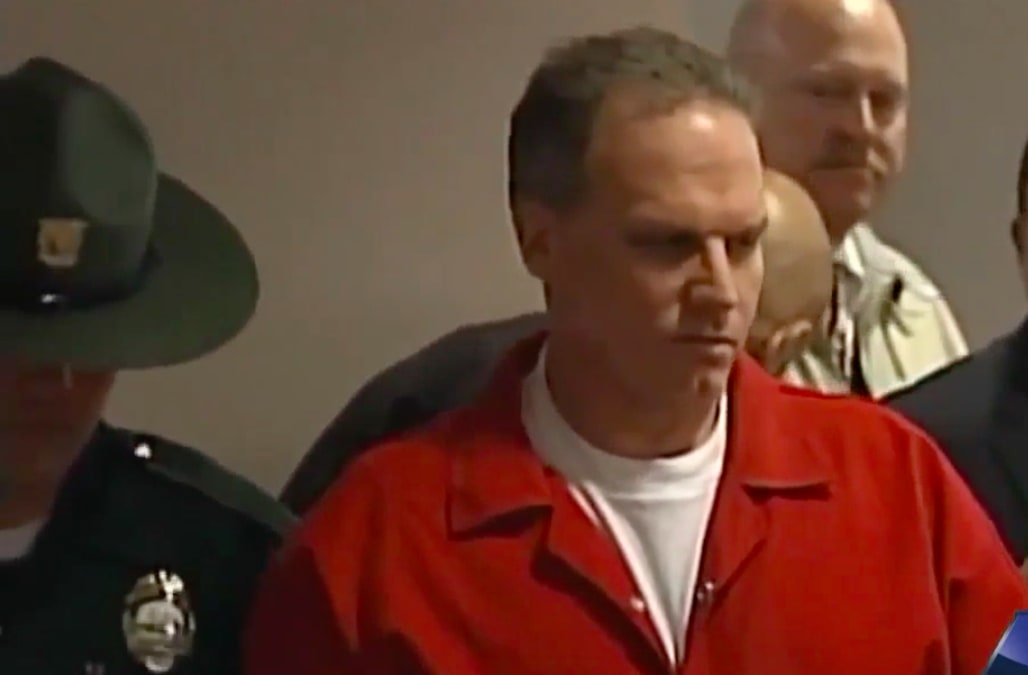 BOSTON, Feb 3 (Reuters) - A Massachusetts man who admitted to killing three people in a 2001 rampage erupted in a Boston courtroom on Friday morning, swearing at the federal judge who sentenced him to death in a state where executions are rare.

Massachusetts' state laws do not allow for the death penalty but Gary Lee Sampson, 57, a former drifter and bank robber, was tried in federal court because his killings began with carjackings, a federal crime.

Sampson started the hearing with an outburst of profanity directed at U.S. District Judge Leo Sorkin, who tried to calm him down.

Family members of some of Sampson's three victims - Philip McCloskey, 69, Jonathan Rizzo, 19, and Robert Whitney, 58 - confronted him during the hearing with McCloskey's son Scott saying he hoped Sampson rotted in hell.

"He brays and gloats about what he's done," Scott McCloskey said. "They don't come any worse than Gary Lee Sampson ... an eye for an eye, a tooth for a tooth."

See states without the death penalty:

Sampson was first condemned to death in the same court in 2004 but that sentence was overturned in 2011 because one of the jurors had lied about her history as a victim of domestic abuse.

"This trial has been more difficult than the first. So much unbearable pain," said Mary Rizzo, the mother of Sampson's youngest victim, told him. "I will never forgive you for this. I don't believe God will either."

Sampson surrendered to police after his killing spree in Massachusetts and neighboring New Hampshire. He first stabbed his victims and later shifted tactics to strangling them because, he said, he had tired of getting blood on himself.

The sentencing hearing followed a two-month trial during which jurors saw the weapons he used and heard tapes of him admitting the killings to police, including saying that after murdering his last victim, he cooked breakfast while the man was dead in the bathroom.

It is a rarity to see two death penalty cases in liberal-leaning Massachusetts within a two-year period. Convicted Boston Marathon bomber Dzhokhar Tsarnaev was sentenced to death in federal court in May 2015. (Writing by Scott Malone; Editing by Dan Grebler and Bill Trott)